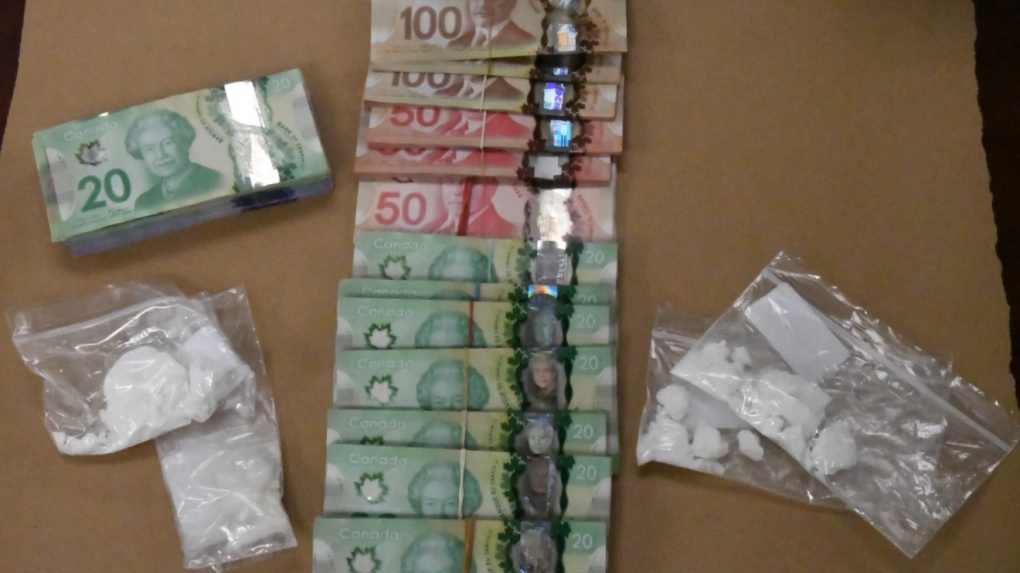 Cocaine and cash seized at a home in London, Ont. on Thursday, Oct. 17, 2019 is seen in this image released by the London Police Service.

LONDON, Ont. - Two London men are facing charges after cocaine and cash were discovered inside a west-end home.

Police raided a house on Weatherfield Street Thursday and seized $7,400 worth of coke and about $12,000 in cash.

A 19-year-old and a 20-year-old man are each facing possession for the purpose of trafficking charges.

One of the suspects was scheduled to appear in court Friday while the second man won't appear until Nov. 29.