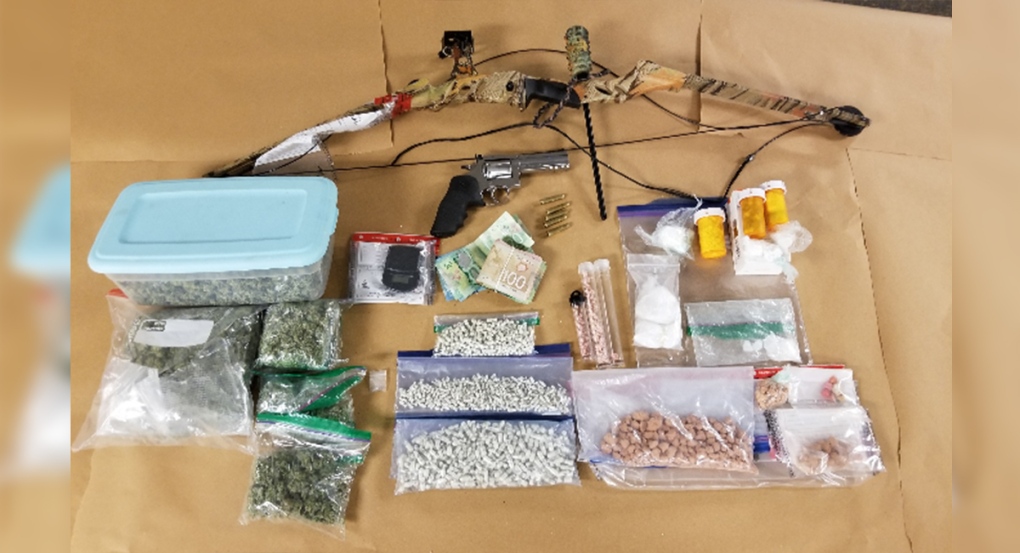 Drugs and other items seized in London, Ont. on Friday, May 7, 2021 are seen in this image released by the London Police Service.

MIDDLESEX CENTRE, ONT. -- London police say they have seized more than $196,000 in drugs after a search of a north end residence.

Officers with the Guns and Drugs section executed a warrant on Spencer Crescent on Friday.

As a result of the investigation, two 36-year-old London men have been charged.

The second has been charged with one count of drug possession.

Both are scheduled to appear in court at future dates.