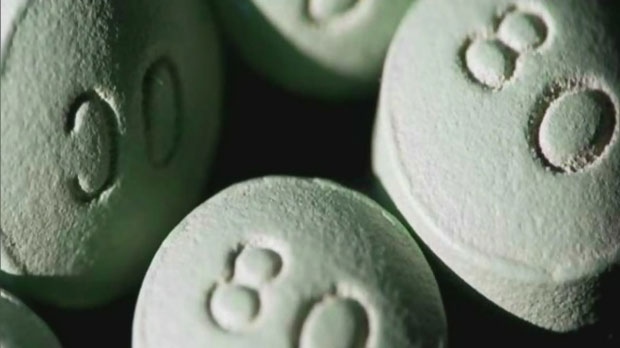 Statistics from Public Health Ontario released earlier this week show 1,473 people died from opioid-related causes in 2018, a jump of about 17 per cent from the previous year.

The new numbers also show a spike in emergency room visits prompted by opioid overdoses in the first quarter of this year. Visits during the first three months of 2019 totalled 2,973, up sharply from the same period in 2018 when 1,843 emergency department visits were recorded.

The Ontario government and Public Health Ontario could not explain the increases Thursday, but Gillian Kolla of the Toronto Overdose Prevention Society said the growing prevalence of potent opioids such as fentanyl and carfentanil in the street drug supply may have played a major role.

"When you see that kind of increase it's because the illicit drug supply is completely poisoned," she said. "It's completely tainted right now."

Zoe Dodd, a harm-reduction worker and organizer with the overdose prevention society, said the surge in overdoses linked to carfentanil stunned many front-line staff.

"It was like a living hell for us," she said. "We were all dealing with really, hard, quick, fast ODs. 911 was being called all the time. I even responded to the overdose of a friend that took me five doses of naloxone to turn around."

The latest figures from the provincial public health agency offer a snapshot of an issue that's gained prominence in recent years thanks in part to significant spikes in fatal overdoses.

Kolla described the new data as concerning, saying it underscores the need for more provincial leadership to address the problem and critiquing the policy positions Health Minister Christine Elliott has taken to date.

The Progressive Conservative government launched a review of the province's overdose prevention sites last year shortly after taking power. Kolla said that review, and subsequent efforts to cap the number of prevention sites in the province, has halted potential progress on the issue.

"Ontario was slow to ramp up the response to the overdose crisis and then unfortunately when the Conservative government was elected partway through 2018 the response stalled completely," she said.

Last fall, Elliott said the government would spend just over $31 million a year to fund a maximum of 21 supervised consumption sites to help reduce overdoses.

The government said that since announcing the initial 15 sites, it has only received one application for a new location which is currently under review.

Elliott spokeswoman Hayley Chazan said the sites have more consumption booths and increased hours of operation when compared to the previous government's model.

Green party Leader Mike Schreiner said the number of overdose deaths are "shocking and unacceptable" and called on Elliott to lift the cap on safe consumption sites.

"The reality is that safe consumption and treatment sites save lives, and putting a hard cap on the number in Ontario is the wrong move," he said in a statement.

Bhutila Karpoche, NDP critic for Mental Health and Addictions, said the new data shows the overdose problem in the province is getting worse and government funding cuts aren't helping.

"Too many families are being hurt by this overdose epidemic," she said. "This is an unprecedented public health crisis."