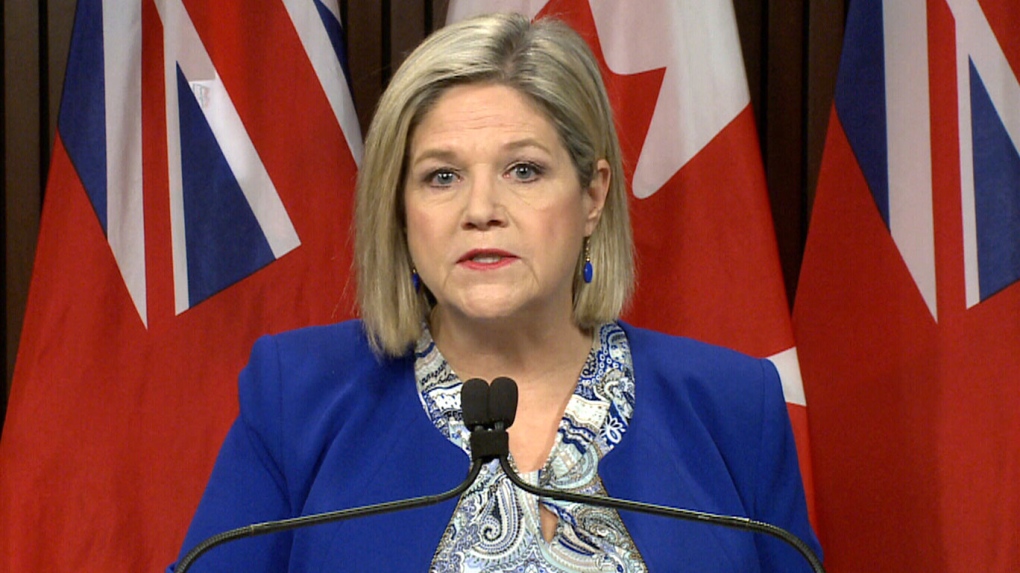 LONDON, ONT. -- The leader of the New Democratic party has written a letter to the province's auditor general asking for a review of how the Doug Ford government prioritized COVID-19 hot spots by postal code for mobile vaccination distribution.

"I am concerned the selection of these hot spot zones is inequitable and does not match the need in the community to target the highest rates of infection," wrote NDP leader Andrea Horwath to Bonnie Lysyk.

The Progressive Conservative government has faced criticism about lack of a clear plan to vaccinate people in hot spot areas and essential workers.

Premier Doug Ford announced last week that people aged 18 and older in hot spots would be eligible for a shot, but did not say how the process would unfold, leaving many eligible residents frustrated.

"I am increasingly concerned that the rollout of these vaccines, which every Ontarian deserves, is becoming a political issue rather than a public health one," added Horwath.

This comes after earlier this week, it was revealed through provincial data that the N6A postal code in London had the highest percentage of COVID-19 positive cases in all of Ontario, although it has not been deemed a hot spot.

The postal code contains a large portion of Western University and stretches south along Richmond Street to parts of the downtown core.

From March 28 to April 3, 28.97 per cent of COVID-19 tests came back positive for those living in the postal code.

Western is experiencing pockets of outbreaks, with eight active residence outbreaks in total.