While abuse in long-term care homes is often what makes headlines, most residents deal with much different issues, from soiled beds, to incorrect medication, incomplete care and staff without proper training.

Southwestern Ontario's 118 long-term care homes have produced over a thousand violations in a three-and-half year period - in fact, from July 2010 to December 2013, only four homes weren't cited for an infraction.

These are the more common concerns, the incidents that impact the quality of life for residents, but make no mistake, they're no less serious than abuse.

Collier Saville's mother Dorothy moved into a long-term care home in January, and while she seems content, her daughter isn't.

Saville was concerned and filed a complaint with the Ministry of Health and Long-Term Care. An investigation resulted in an infraction for the home, but no peace of mind for Saville.

She describes how she found her mother just a few months ago, "Her bed was soiled, she was laying in urine, there was a soiled diaper underneath the bed...there had been 24 hours maybe since they had seen her, but no meals brought to her."

It's a sad, but not uncommon story.

A review of every inspection report filed in a three-and-a-half year period for homes in southwestern Ontario reveals thousands of tales of poor care, horrible living conditions and dangerous practices.

Those are just some incidents caught by inspectors, and inspections are primarily driven by complaints and critical incidents, that is, incidents homes actually report to the Ministry.

For all the government's talk of annual head-to-toe inspections for every home in Ontario, fewer than 15 per cent of homes in southwestern Ontario have undergone one so far in 2014, and only 21 per cent have had one in the past two years.

Pam Malcolm is a personal support worker (PSW) with more than 20 years of experience, but she stopped working in long-term care homes because of what she experienced.

But for all these troubling acts - and the thousands of violations inspectors actually caught - not one home was forced to close.

The Ritz Lutheran Villa - with nearly 100 infractions - has the most violations in southwestern Ontario during the period examined, but it's trying to change.

Its new director is more than an administrator, and since taking the helm in the fall she says they've made a lot of progress.

Tanya MacDonald says"I'm one of those families. My mother-in-law lives here...It's not just fixing a problem, it's putting a proper process in place so the problem doesn't happen again. And in that capacity we've gone to a stronger audit system."

Where they check to make sure care is being provided properly - they've also added morning risk assessment meetings and tighter hiring controls.

But Miranda Ferrier of the Ontario PSW Association says nothing can really change in long-term care homes without more boots - or sneakers - on the floor.

"It's literally like a factory line, the PSWs are like, next, next, next...We need to start treating these people with respect."

Coming up in part four: How to help ensure your loved ones find the right home and what stakeholders say needs to happen for every home, to be that home. 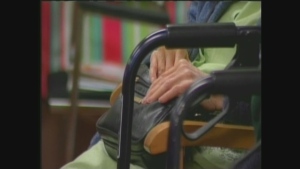 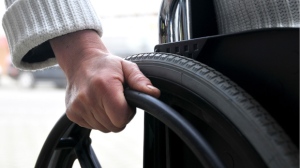