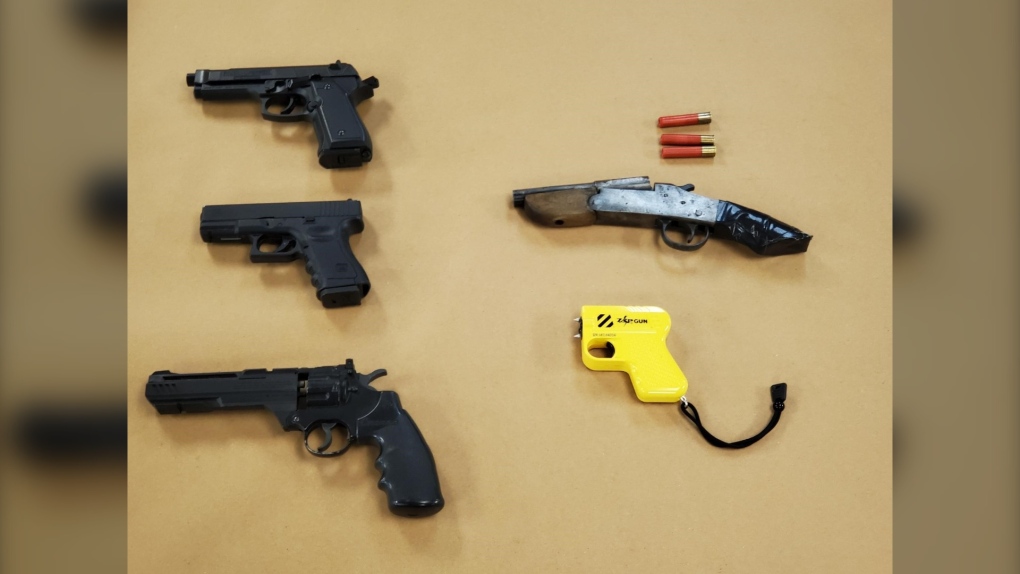 Weapons seized from London police during the execution of a search warrant on May 24, 2022, including a sawed-off shotgun, a conductive energy weapon and three replica firearms. (Source: London Police Service)

Multiple people are facing a slew of weapons charges after an investigation by the London Police Service (LPS).

According to police, members of the LPS Guns and Gangs Section, in tandem with the Emergency Response Unit, executed a search warrant on a residence located on Stroud Crescent on May 24.

Police say that during the search the following items were seized:

The 14-year-old male has also been charged with three counts of fail to comply with release order.

Police say that the suspects will not be named, as doing so could identify the youth facing charges.

Police add that the investigation is ongoing.

Each of the accused have upcoming court dates in relation to the charges.