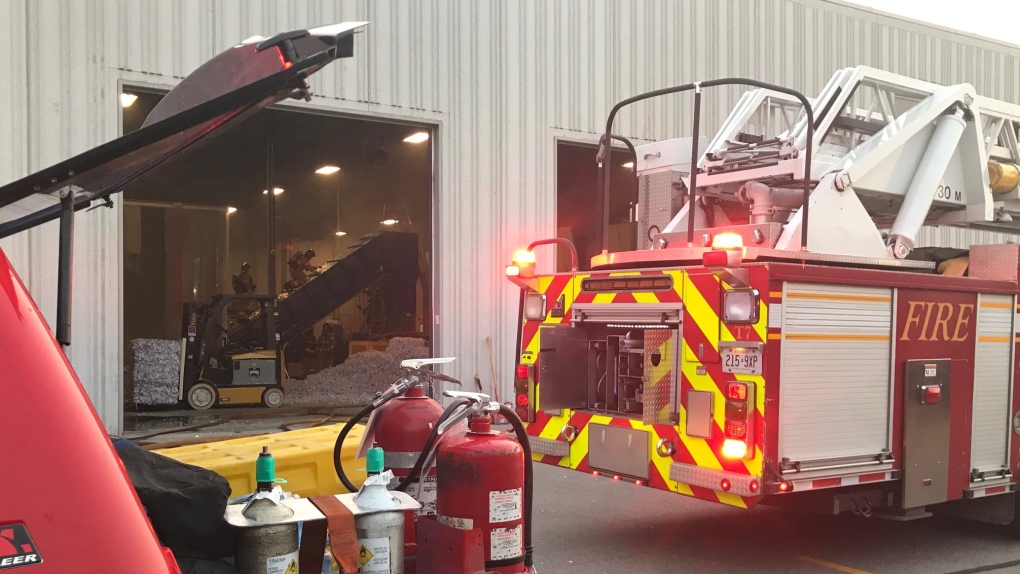 Fire crews responded to 15825 Robin's Hill Road around 7:45 p.m. Thursday for a fire at a warehouse near London's airport.

Smoke was visible from the facility, which houses a shredding company.

At least eight London Fire Department engines were on scene to deal with the fire.

Seen through large bay doors, fire crews appeared to be centered on a piece of machinery inside the building, apparently to try to vent it.

Huawei Technologies Chief Financial Officer Meng Wanzhou is expected to appear virtually in federal court to resolve U.S. charges against her, according to a source familiar with the situation.

The Canadian Armed Forces has confirmed that it will be sending resources to help with Alberta's overwhelmed intensive care units.

Ten months after Donald Trump lost his 2020 reelection bid in Arizona, supporters hired by Arizona Senate Republicans were preparing to deliver the results of an unprecedented partisan election review that is the climax of a bizarre quest to find evidence supporting the former president's false claim that he lost because of fraud.

The U.S. Centers for Disease Control and Prevention on Thursday endorsed booster shots for millions of older or otherwise vulnerable Americans, opening a major new phase in the U.S vaccination drive against COVID-19.