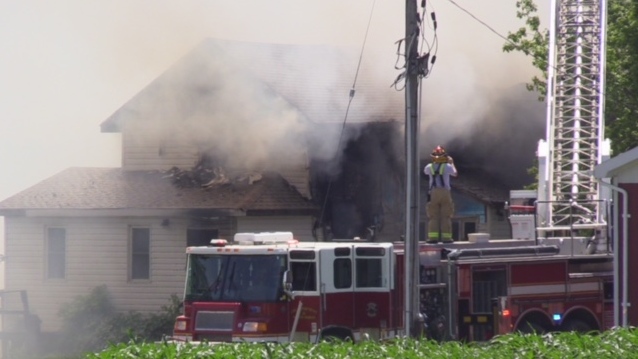 Firefighters from Wingham, Blyth, Clinton and Lucknow had to be called in to battle a house fire near Auburn Friday afternoon.

The fully involved blaze started around 12:30 p.m. at a home near the intersection of St. Augustine Line and Nile Road.

It’s currently unknown what sparked it but officials say it is not suspicious.

Paramedics were on scene to ensure firefighters didn’t suffer heat stroke, battling the fire in more than 35C weather.

Shortly before 4:40 p.m. OPP reported that the fire scene had been cleared.