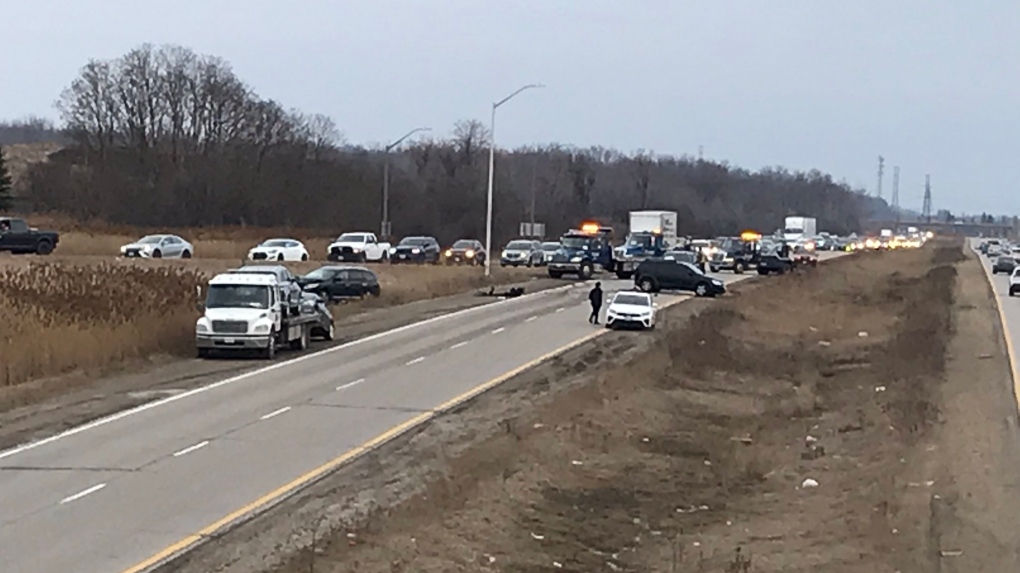 LONDON, ONT. -- London police and other emergency officials were called to the scene of a multi-vehicle crash in the southeast end of the city Thursday evening.

One person was transported to hospital with non-life-threatening injuries.

There is no word on the cause of the crash, but towing crews were on scene quickly to remove the vehicles.

The collision caused long lines of slow traffic that stretched beyond Bradley Avenue.

The backlog appeared to have started clearing as of 8 p.m.