Flames still flicker from an early morning blaze that claimed a trio of barns on a farm near Holmesville, Ont. on Wednesday.

“There was a lot of damage. It was an old bank barn. They [farm owners] estimate over 100 years old. The second floor was already down by the time we got there, so it went really, really fast,” said Central Huron Fire Chief, Dave Renner.

Firefighters from five Huron County stations, including an aerial truck from Goderich, battled the blaze that is still smoking, hours later.

14 cattle and nine chickens perished in the fire, but firefighters were able to rescue 11 cattle and two sheep, before the three barn buildings came crashing down. 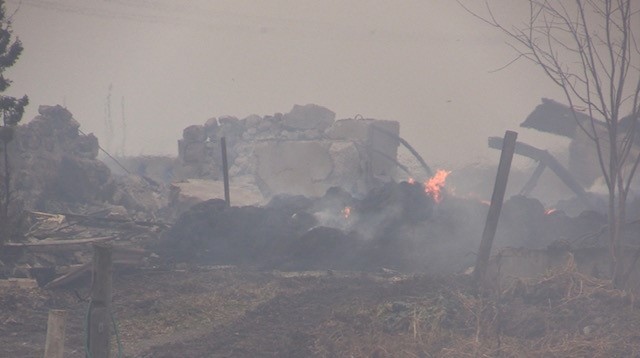 A barn fire near Clinton, Ont. caused millions of dollars in damages in the early morning hours of Dec. 7, 2022. (Scott Miller/CTV News London)

The fire, which started around 12:45 a.m. last night, is not considered suspicious. The damage is so extensive, and Renner said the cause would go down as undetermined.

“It’s hard on the family. Their livelihood is still up and running, though. The dairy barn is still running, so we were happy for that. But, it could have been a lot worse, for sure,” said Renner. 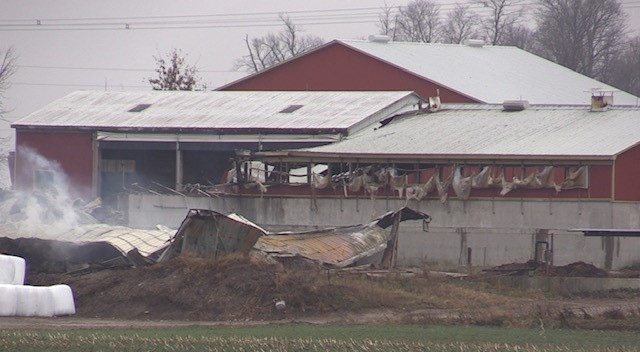 A barn fire near Clinton, Ont. caused millions of dollars in damages in the early morning hours of Dec. 7, 2022. (Scott Miller/CTV News London)

A large quantity of straw, animal feed and equipment was also lost in the blaze, pushing the damage estimate into the millions of dollars.

“We are probably talking two to three million dollars damage done to the buildings. The Fire Marshall’s office was alerted to the fire due to the damage figure, but did not attend the scene,” added Renner.