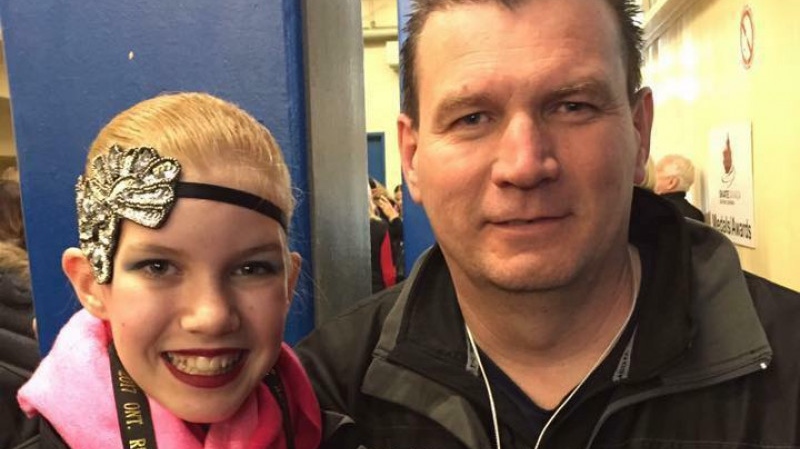 A Mt. Brydges father has succumbed to his injuries after a crash that also killed his 13-year-old daughter last month.

The GoFundMe page confirmed that Doug Kernaghan passed away on Tuesday. He was previously listed in critical condition.

“It is with a very heavy heart, that we share the news of Doug Kernaghan.  On Tuesday March 27th, 2018, Doug Kernaghan passed away peacefully, with his wife Chrissy by his side,” said the post.

His daughter Avery, who was well known in the figure skating community, passed away in the collision on Feb. 11. The two-vehicle crash happened about 1:30 p.m. near Parkhouse Drive, west of London.

The page has raised over $73,000 for the Kernaghan family and many Mount Brydges residents hung pairs of skates from their mailboxes in memory of Avery.

Funeral arrangements for Doug Kernaghan will be communicated soon, according to the update from the page.

“We continue to thank you all for your thoughts and prayers,” says the post.