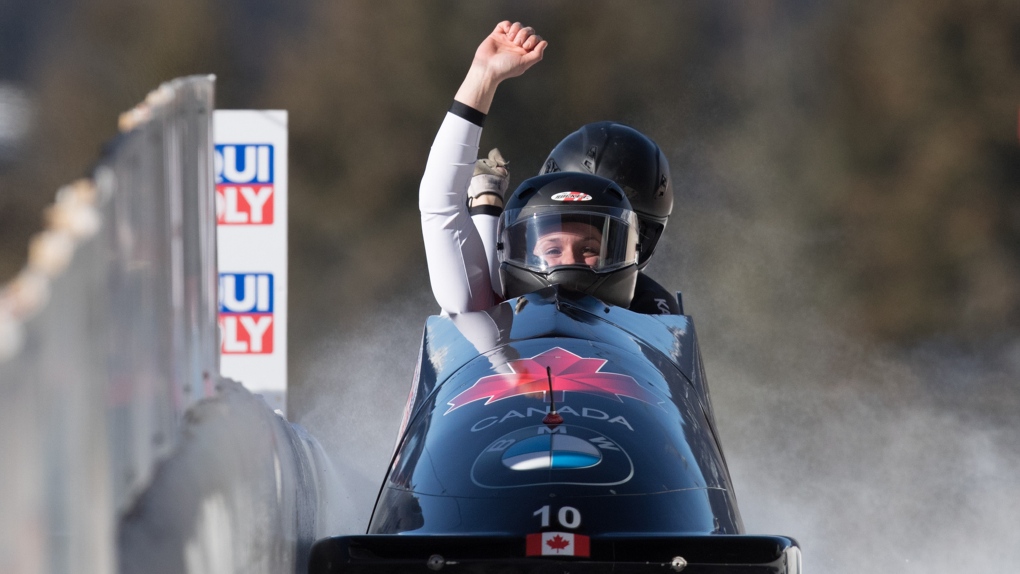 Canada's Christine de Bruin, front, of Stony Plain, Alta., and Kristen Bujnowski, of Moose Jaw, Sask., react after racing to a third-place finish during the women's bobsleigh event at the Bobsleigh World Championships in Whistler, B.C., on Sunday March 3, 2019. THE CANADIAN PRESS/Darryl Dyck

The duo took home bronze in the two-woman race, behind the United States and Germany.

The U.S. team was led by Canadian Bobsleigh legend Kaillie Humphries who now competes for the United States.

Bujnowski and de Bruin were just a little over a second off the gold medal time posting a respectable 3:46.55 on their run.

Bujnowski, 27, was born in London and lives in Mount Brydges.

She was an alternate on the 2018 Olympic bobsleigh team, and then in 2019 teamed up with de Bruin.

The pair won two silvers and a bronze on the world circuit last year.

She is also a Western University alumni with a degrees in mechanical engineering and kinesiology.

She competed on the Mustang Varsity Track and Field Team and the Rowing Team while at Western.