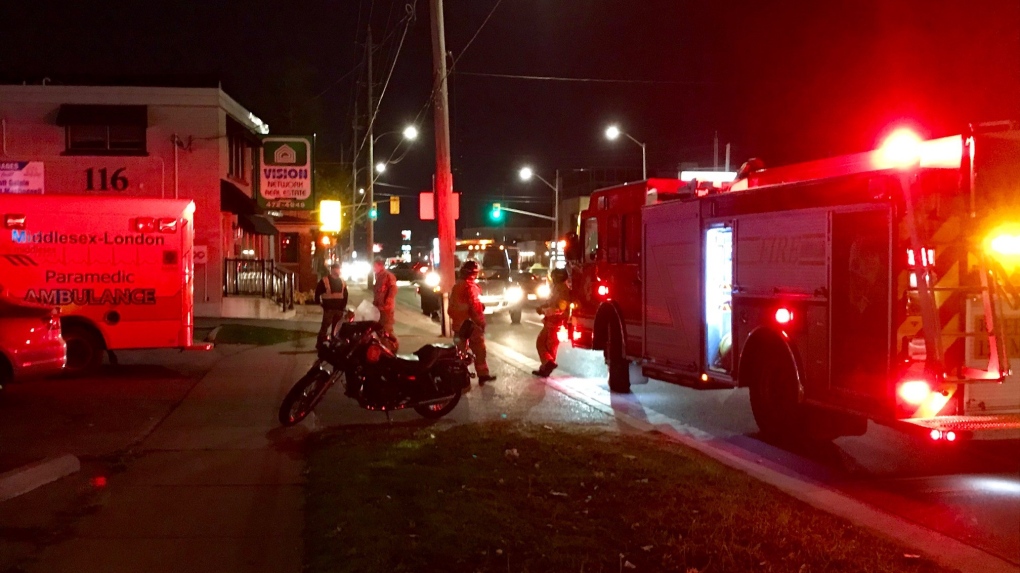 London firefighters walk back to their engine after standing up a motorcycle involved in a crash on Thursday, Nov. 5, 2020. (Sean Irvine / CTV News)

LONDON, ONT. -- The operator of motorcycle has been transported to hospital following a crash on Wharncliffe Road, near Horton Street, in London.

The collision, with a car, happened shortly after 6 p.m. Thursday, in the northbound lanes.

Witnesses tell CTV News, the motorcyclist dropped his motorcycle and slid for several metres after coming into brief contract with the vehicle, while changing lanes to turn into a mini-mall.

Both EMS and the London Fire Department were on scene within minutes to assess the rider.

His condition is not believed to be serious, but after checking him at scene, an ambulance rushed him to hospital.