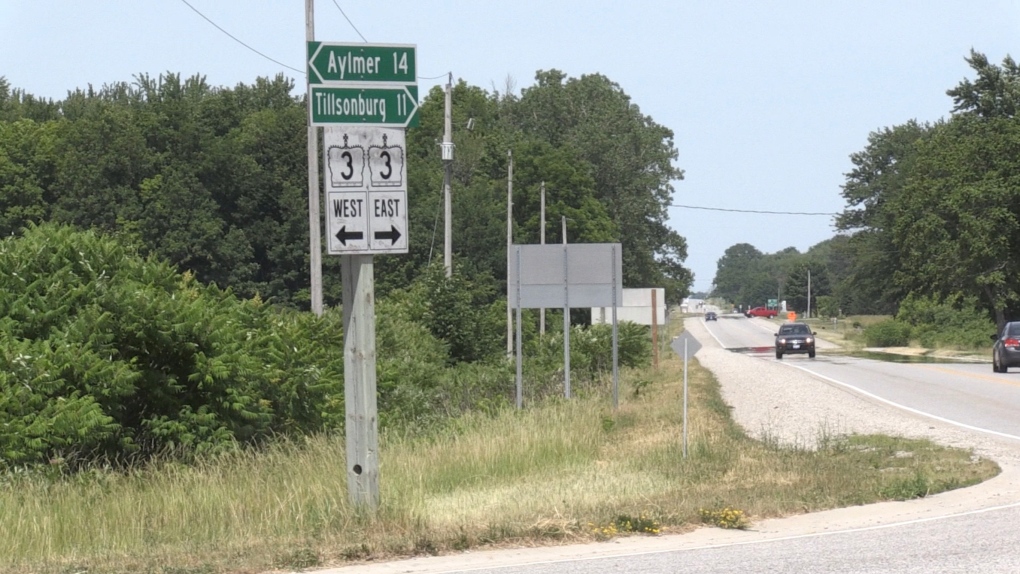 Emergency crews responded to the intersection of Highway 3 and Culloden Road for a two-vehicle collision involving a motorcycle and an SUV in Elgin County, Ont. on Saturday, June 25, 2022. (Bryan Bicknell/CTV News London)

A motorcyclist was airlifted to the hospital with unknown injuries Saturday morning following a crash in Elgin County.

Emergency crews arrived on the scene at the intersection of Highway 3 and Culloden Road in Bayham, Ont. just shortly after 11 a.m. to a two-vehicle collision involving a motorcycle and an SUV.

According to OPP West Region acting Sgt. Ed Sanchuk, the motorcyclist was assisted by an off-duty paramedic, and other helpful citizens jumped to help out before emergency personnel arrived.

The motorcyclist was taken to London Health Sciences Centre for treatment.

“Thank you to all the good Samaritans who assisted me as I was the first officer on the scene of this crash. People directing traffic, to the off-duty paramedic that assisted that motorcycle operator, on behalf of the OPP and on behalf of the Sanchuk family, and from the bottom of my heart, I just want to say thank you for all of your assistance,” Sgt. Sanchuk said.

“You made a difficult scene just a little bit easier today, and I just wanted to say thank you.”

Sanchuk also reminded drivers to ensure to have your eyes peeled while on the road.

“Please make sure that you have your head on a swivel, make sure that you’re paying attention,” he said. “When you come to that intersection check twice, it’s gonna safe a life and prevent anyone from becoming involved in a collision.”

Police say the intersection will be closed for several hours after officers investigate.

Crash at #Hwy3 and Culloden Rd sends motorcycle driver to hospital by @Ornge with undetermined injuries after being involved in a collision with a SUV. #OPP continuing to investigate. A BIG #ThankYou to the Good Samaritans that stopped to help today. @ElginCounty #ElginOPP ^es pic.twitter.com/9l22BgfPWn