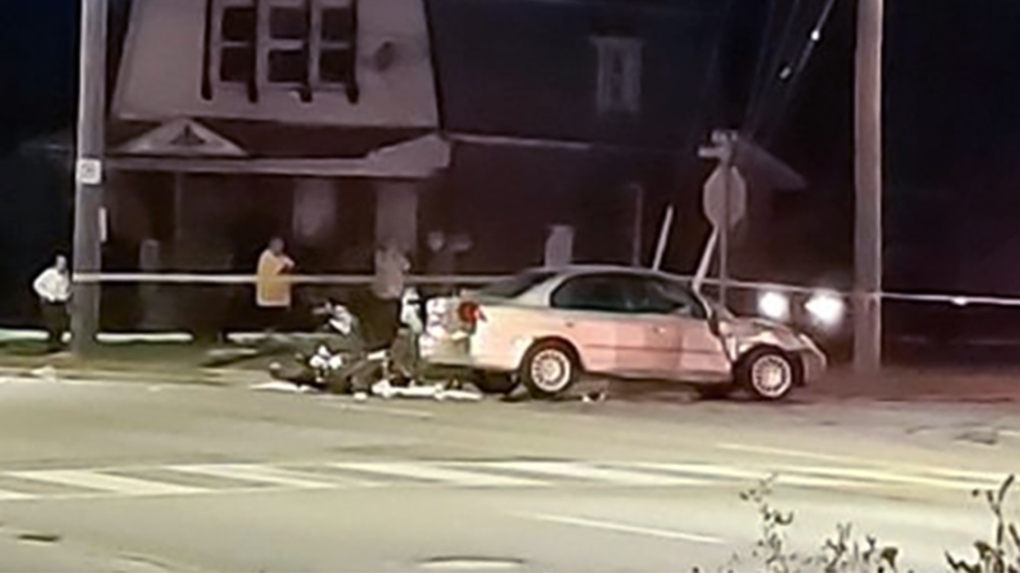 The crash happened Monday around 7:30 p.m. on Hamilton Road at Elm Street.

The 31-year-old male motorcyclist sustained life-threatening injuries and was taken to hospital where he remains. Police say the bike was reported stolen Sunday.

The driver of the other vehicle involved only suffered minor injuries.