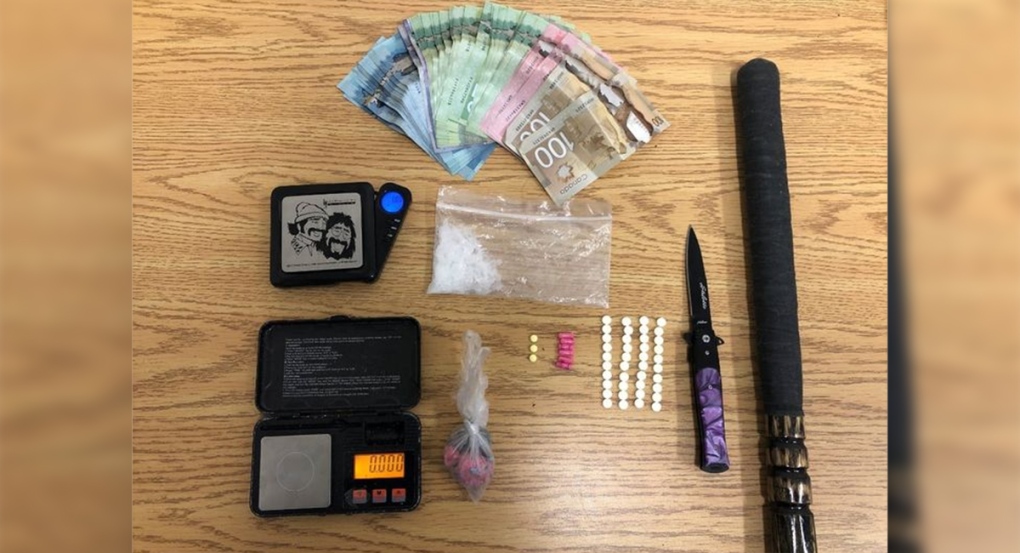 MIDDLESEX CENTRE, ONT. -- Police in St. Thomas, Ont. seized over $18,000 in drugs after stopping a motorcycle being ridden by a suspended driver on Monday afternoon.

Officers reportedly spotted a man known to be a suspended driver riding a motorcycle with an unregistered plate.

The vehicle was stopped and the driver arrested without incident.

That's when a police search found 32 grams of fentanyl, 17 grams of crystal methamphetamine, illicit Ritalin and hydromorphone tablets. The total street value is estimated at over $18,000.

In addition, over $1,000 in cash, cell phones, digital scales, packaging material, a flick knife and wooden baton were also seized.

A 33-year-old St. Thomas man is now facing charges including:

He was being held pending a court appearance.