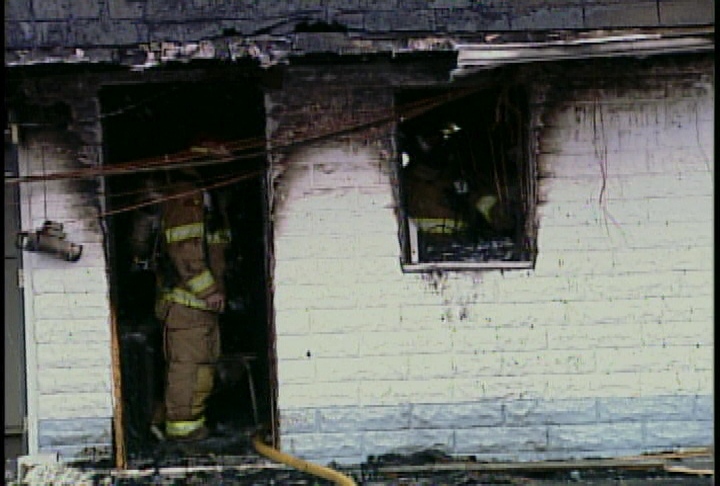 Three people were injured in a fire at the Motor Court Motel in London, Ont. on Monday, December 29, 2014.

Fire officials don’t believe a fire at a London motel on Monday was deliberately set.

The blaze at the Motor Court Motel on Dundas Street injured three people.

Firefighters arrived just before 8:30 a.m. and battled the fire in two units near Dundas Street and Clarke Road.

One person injured a foot and the other two were taken to hospital as a precaution with smoke inhalation.

The motel was completely evacuated.

The cause of the fire is undetermined at this time.