LONDON, ONT. -- At the Victory Branch of the Royal Canadian Legion, tucked beside the rail line on Oakland Avenue in London, is Wayne Kinney.

A member for decades, Kinney says the Legion, built for war veterans who were raised in the Great Depression, has never seen days like this.

“Well I don’t know, it’s more of a depression I think. The way the economy is going, but well we’ll get through it, one way, or the other.”

But getting through it, even for the Legion, requires innovation, Kinney says. He originated the idea a bottle and can drive.

"Some of the bottles built up at home and all the neighbours have them, so I thought well let’s get a drive going here and see if we can raise money for the Legion.”

At the height of their success in the 1950s, 60s, 70s and 80s, many legion halls had reserve funds to get them through a financial crunch.

But for many branches, including Victory, it is now impossible to cover the $3,000 a month need just to keep the building maintained.

“We lost 100 per cent of our revenue. A lot of our revenue comes from hall rentals and banquets, which many people have cancelled because of social distancing,” says Nellie Stevens, the first vice-president of Victory Branch. She adds, “We can’t just shut the doors and turn off the lights, we have to keep the hydro going for the fridges, freezers and coolers." 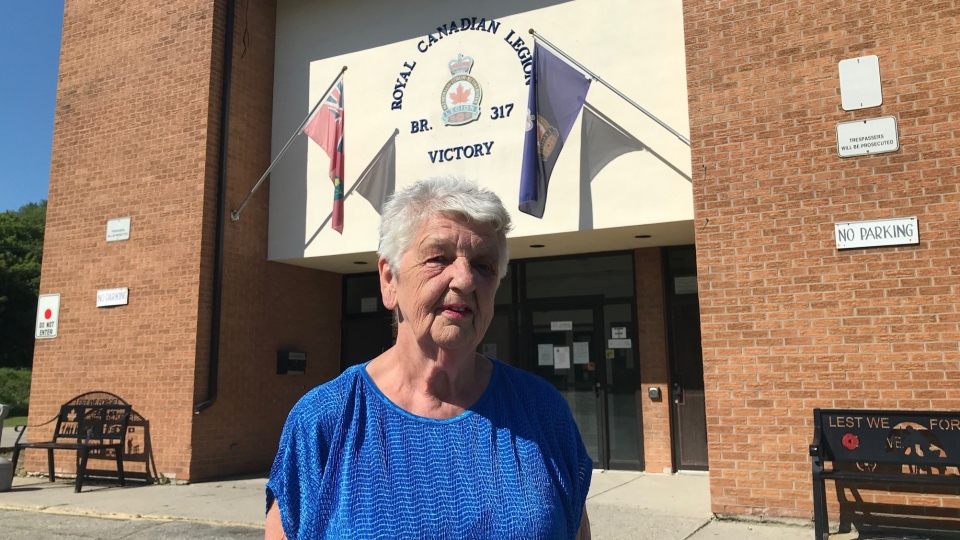 And so, out of options, the legion accepted a transport trailer from Rapid Delivery.

On Tuesdays, Thursdays and Saturdays, until the end of the month, volunteers at the legion will accept bottles and cans. Drop offs can be done between 10 a.m. and 5 p.m.

The money collected goes to expenses and veterans.

Both reasons were enough for Ron Londry to donate the few cases he had Thursday.

“That’s why I donated them to the legion, I wish I had more. I see they’re struggling and I feel for them and I’d like to help.”

While some halls and entertainment venues have benefited from government aid amidst the pandemic, Stevens says legions do not quality.