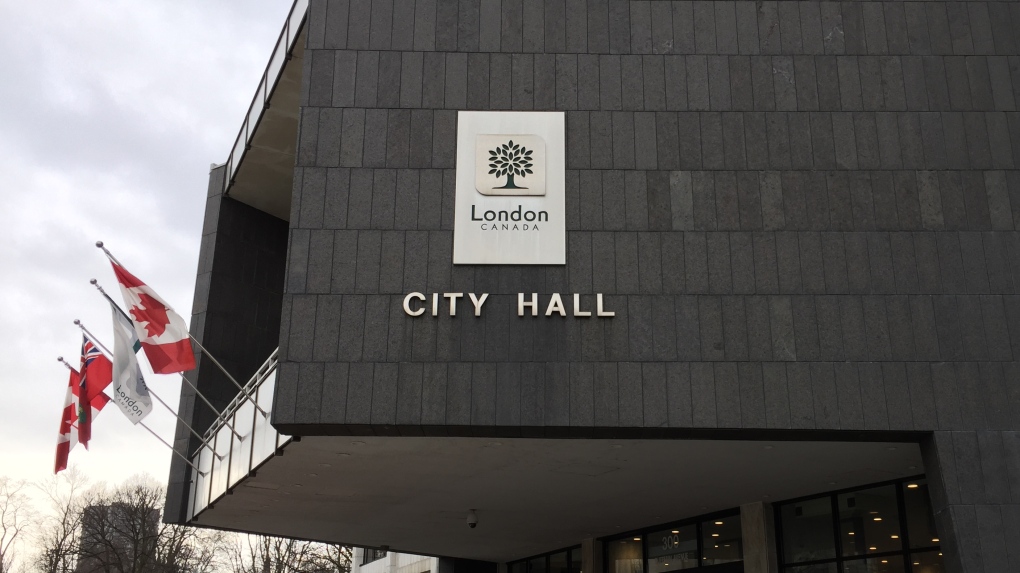 The results of the 2021 Citizen Satisfaction Survey are in -- and most Londoners say quality of life is good and they're happy with city services -- but there are concerns.

The quality of life in the Forest City was rated as either good or very good by 87 per cent of respondents, who cited London being a 'friendly and nice city, safe, having lots to do and having everything the need,' as contributing factors.

Men (28 per cent), more than women (17 per cent) were likely to say they had a good quality of life.

Perhaps unsurprisingly, those age 54 and over, or earning $100,000 to $150,000 or with a post-graduate degree were also more likely to rate quality of life as very good.

While there has been a decrease from 2019, the quality of life rating is similar to other local municipalities. 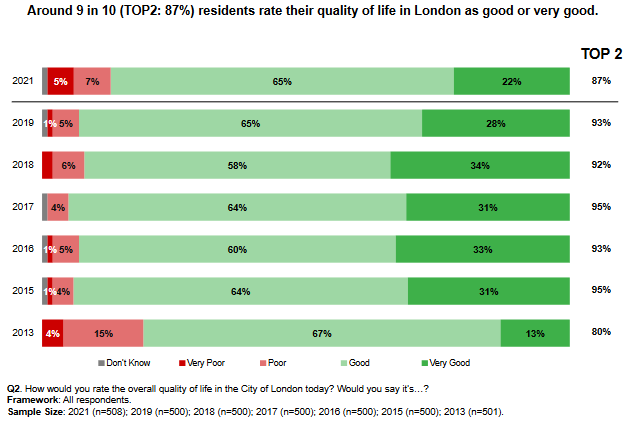 More than 90 per cent of respondents also agreed it was a welcoming community and said they had a strong sense of belonging.

As for the issues of concern, transportation, poverty, homelessness, lack of affordable housing, development and infrastructure topped the list. 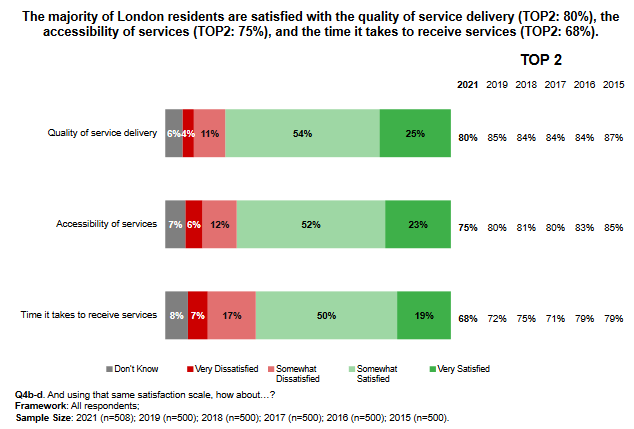 When it came to city services, most Londoners are satisfied with the quality of service (80 per cent ), accessibility (75 per cent) and time to get the service (68 per cent).

Residents were most happy with parks and green spaces and drinking water, followed by protection services, public libraries, recreation facilities and public health.

At the bottom of the list, with the least satisfaction (just 25 per cent of respondents) was affordable housing.

Residents also found room for improvement in farmland protection, city-owned golf courses and roads, among others. 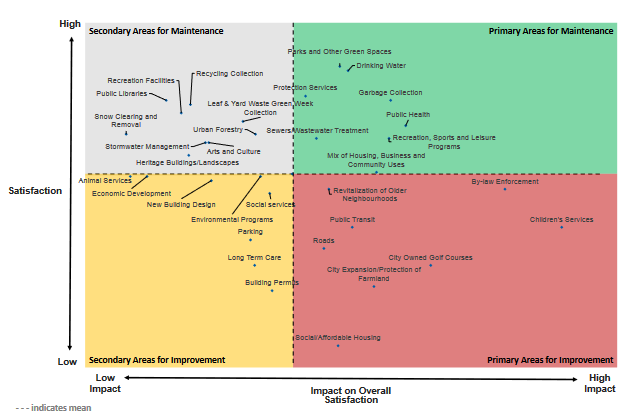 But in the end, 80 per cent of respondents said they get good value for their tax dollars.

The survey, conducted by Forum Research Inc., included phone interviews with 508 random residents over the age of 18 conducted between Sept. 22 and Oct. 8.