On the first day of significant snowfall in the City of London, it seems most people were happy to see it.

But perhaps none more so than Patti, a new Londoner, who declined to share her last name.

“I’m actually originally from Nevada, kind of by Vegas, and I think I saw snow once when we lived there. And then we were living in the south of France. We just moved to Canada right before the pandemic, so we are very excited about the snow.”

The latter part of her quote refers to her husband, who grew up on a South Pacific island.

“It beats Vegas. It got up to 50 degrees Celsius sometimes in the summer, so I am not missing it at all.” 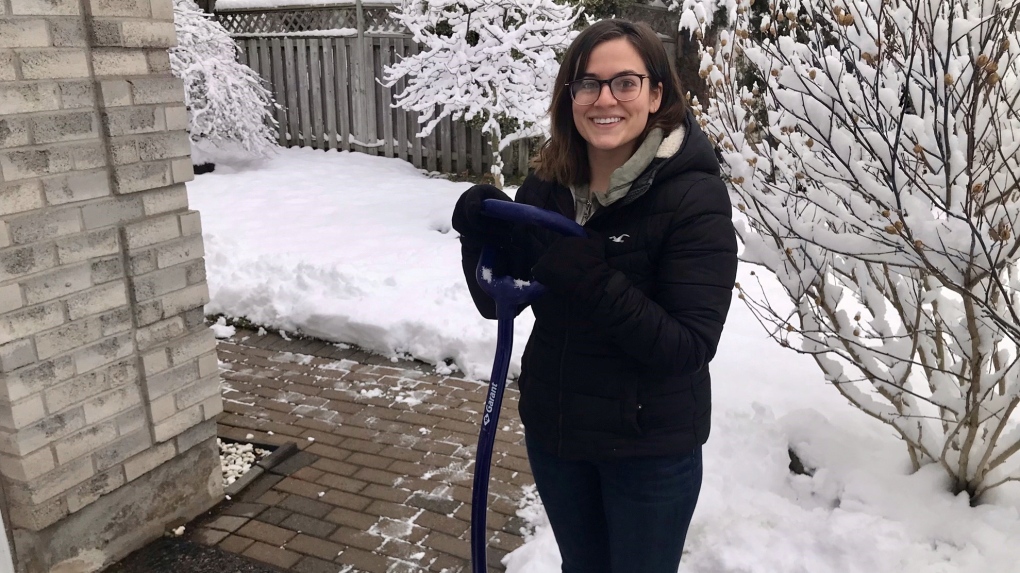 Winter is also celebrated by Wally McKinnon. The London retiree is pleased he did not have to commute in the sudden heavy snow fall, but beyond that he was happy with the white stuff.

While shovelling his driveway he was sporting an old snowsuit with special meaning.

“I’m wearing a vintage red snowsuit that once belonged to my wife’s favourite uncle. So this is my first run of it this winter. Getting it all warmed up for what’s coming up next.” 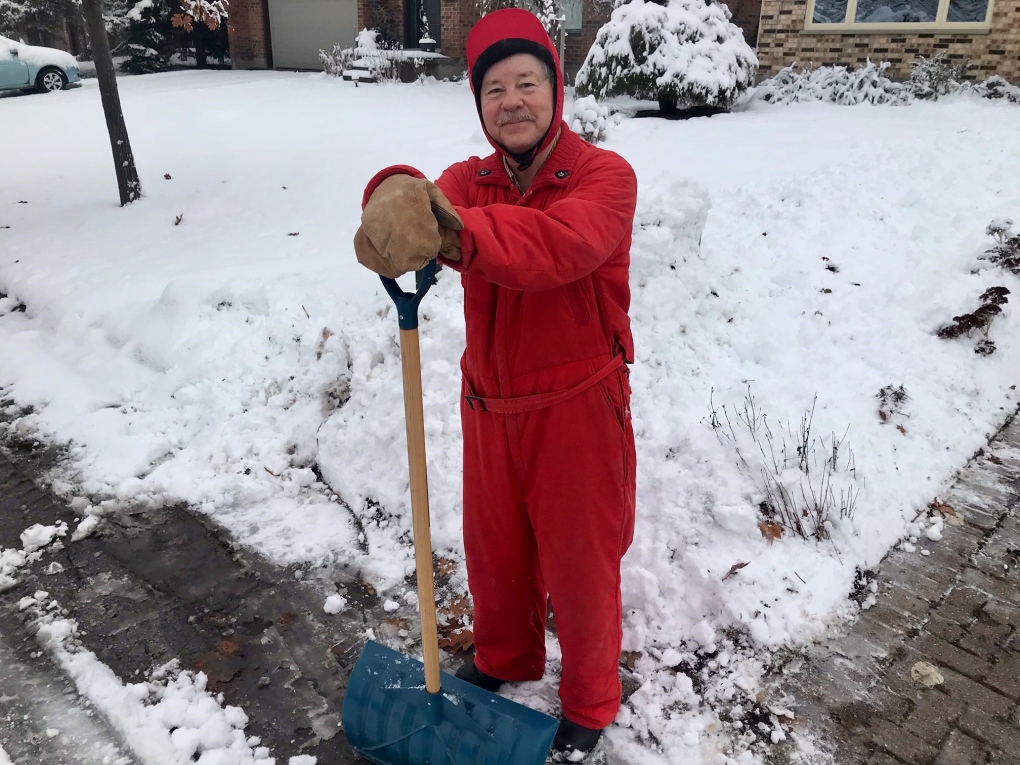 Whatever comes next is fine with recycling collector Tim, who was moving too quickly through the snow to share his last name.

“I guess it officially not winter yet, but snow comes now whenever I guess. I like it, my kids like it. I can’t complain, they’re not complaining.”

And neither were three-year-old Teegan and her two-year-old sister Sloane Peterson.

They were playing in a snow filled Lambeth playground Tuesday morning.

She also coined a familiar name for her creation.

“Frosty” she said with a big smile.

Shovels, brushes, and patience were needed Tuesday morning as the wintry blast has made for a messy commute in the London area.

Provincial police they were reminding drivers to slow down in the snow.

#OPP responding to several crashes including a fatal collision. Drivers are being reminded to please #SlowDown and drive according to the road and weather conditions. #SeeSnowGoSlow!
^es pic.twitter.com/AniqrUT83A

This afternoon, flurries and possible drizzle are expected as the temperature rises.