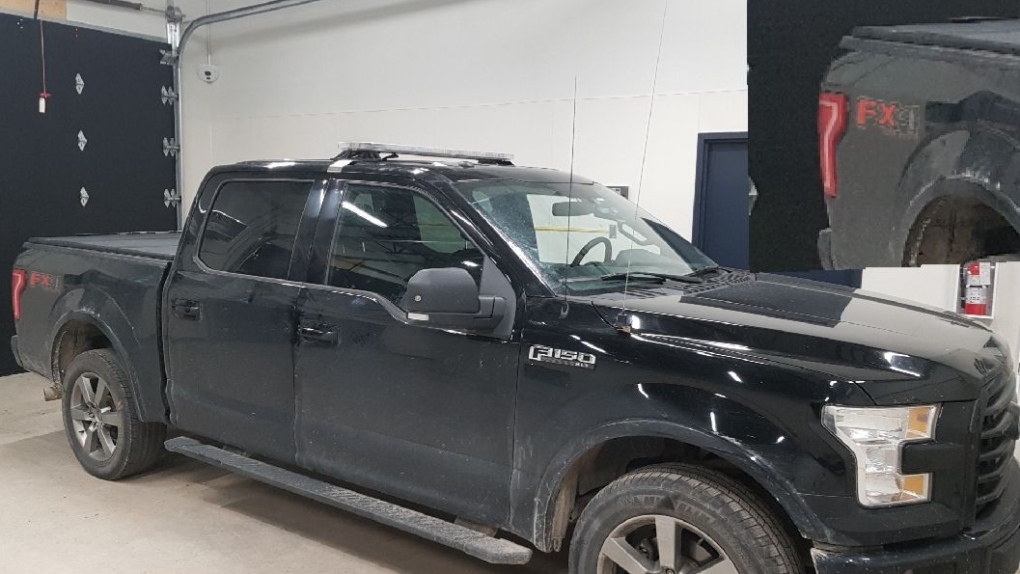 A 2016 Ford F-150 pickup made to look like a police car is seen in this image released by the Saugeen Shores Police Service on Wednesday, May 6, 2020.

MIDDLESEX COUNTY, ONT. -- Saugeen Shores police have charged a man after pulling over a pickup truck outfitted with police lights that also had a police speaker, microphone and radio inside.

An officer on patrol on Tuesday stopped a black 2016 Ford F-150 with 'FX4' decals on the truck box on Concession 4 and arrested the driver.

Inside the pickup, officials say there was a police speaker, microphone and radio.

Investigators suspect that the male driver used the vehicle to make false vehicle stops across southwestern Ontario and are asking anyone who thinks they may have had contact with the vehicle to contact police.

As a result of the investigaton a 38-year-old Seaforth, Ont. man has been charged with personating a police officer. He was released with a future court date.

Drivers are reminded that if they're uncertain of an officer's legitimacy, they can ask to see their badge and warrant card (photo ID) or call 911 to verify with dispatchers.

This is the third similar incident in as many weeks in the region.

OPP in Wellington County were investigating a man asking drivers for 'essential worker' status, while in Essex County a woman was pulled over by a man who turned out not to be an officer.