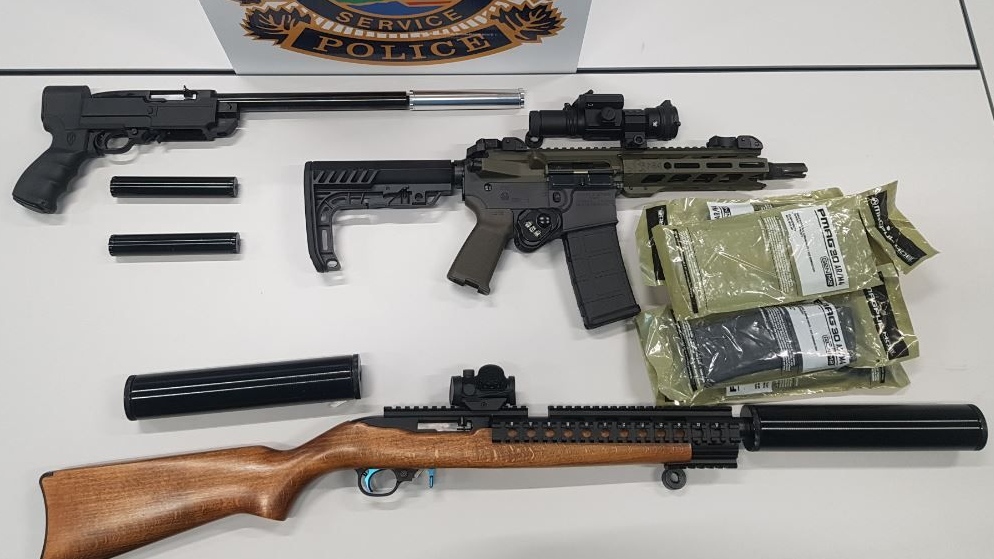 Guns seized from a home in Saugeen Shores, Ont. on Wednesday, Oct. 30, 2019 are seen in this image provided by Saugeen Shores police.

The seizure followed an investigation into the importation of prohibited devices.