More than $500K in drugs and cash seized: London police 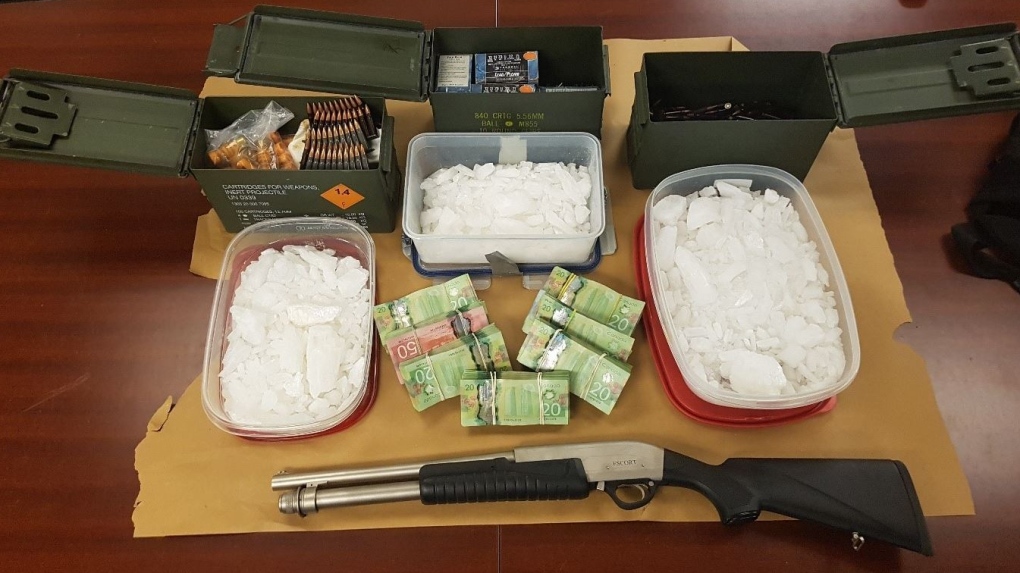 A shotgun, drugs and cash seized from two locations in London, Ont. are seen in this London Police Service image.

LONDON, ONT. -- London police say the seizure of more than $460,000 in crystal methamphetamine is likely the largest in the force's history.

Two men are facing charges after police executed search warrants at locations on Dundas Street and Ashland Avenue on Thursday.

As a result of the searches, they seized:

Det.-Sgt. Rob Merrimen, the officer in charge of the Guns and Drugs Section, said in a statement, "This is one of the largest seizures of crystal methamphetamine that we have seen to date, and almost certainly the largest in our history...While this is a significant quantity, we know there is always more out there.”

The 44-year-old is also charged with possessing a firearm while prohibited.

Both were arrested without incident.