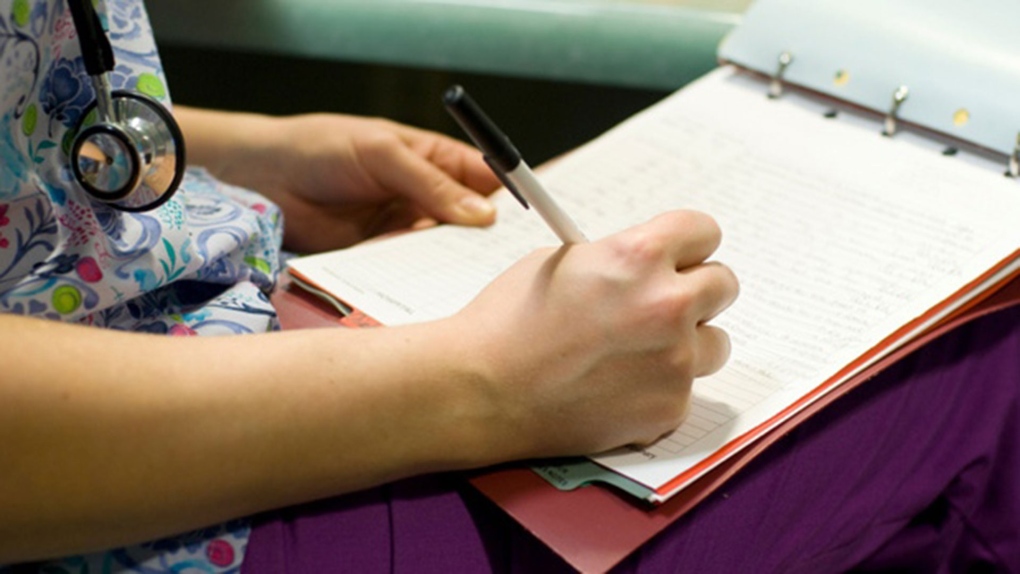 A health care worker is seen in this file image.

More than 400 health-sector workers are being laid off in Ontario as the Progressive Conservative government moves to merge 20 agencies into one.

A spokesman for Health Minister Christine Elliott says 416 people in "back-office positions" will lose their jobs and another 409 vacant positions will be eliminated.

The government projects the change will save $350 million a year by 2021-22, and a senior official said recently that $250 million will be saved this year.

Elliott says each agency having its own administrative and back-office support needlessly duplicates operations and takes money from patient care.

During last year's election, Premier Doug Ford repeatedly promised that not a single person would lose their job under his government.