More incentive for drivers to pay up those unpaid fines 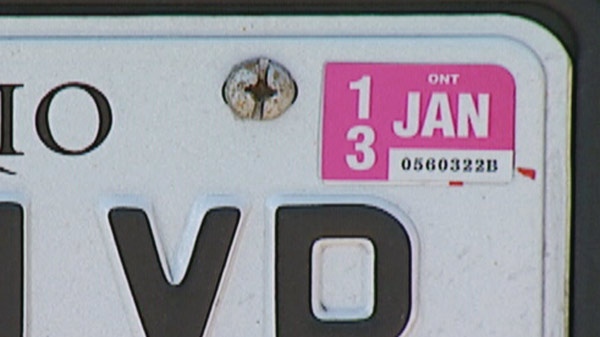 Speeders with outstanding fines will be feeling extra pressure to pay up as the province gives municipalities the power to deny them licence plates.

Under changes the Liberal government is set to enact in May, people who have not paid fines for driving-based offences, such as speeding and careless driving, won't be able to get or renew their plates.

The current plate denial regime only applies to vehicle-based offences, such as parking tickets and red-light camera fines.

Municipalities in the province are owed a collective $1.4 billion in unpaid fines for provincial offences, including those under the Highway Traffic Act. The Association of Municipalities of Ontario has been asking the government for more than a decade for more tools to collect that money.

Some of those fines date back 50 years and couldn't be feasibly collected, so the government is making the policy retroactive seven years.

Transportation Minister Steven Del Duca acknowledged that even with the changes, municipalities won't be able to collect all of the approximately $500 million, but it sends a strong message to people with outstanding fines.

"If they've managed to navigate the system to their benefit up until this point in time, it's that much harder now for them to do it," he said.