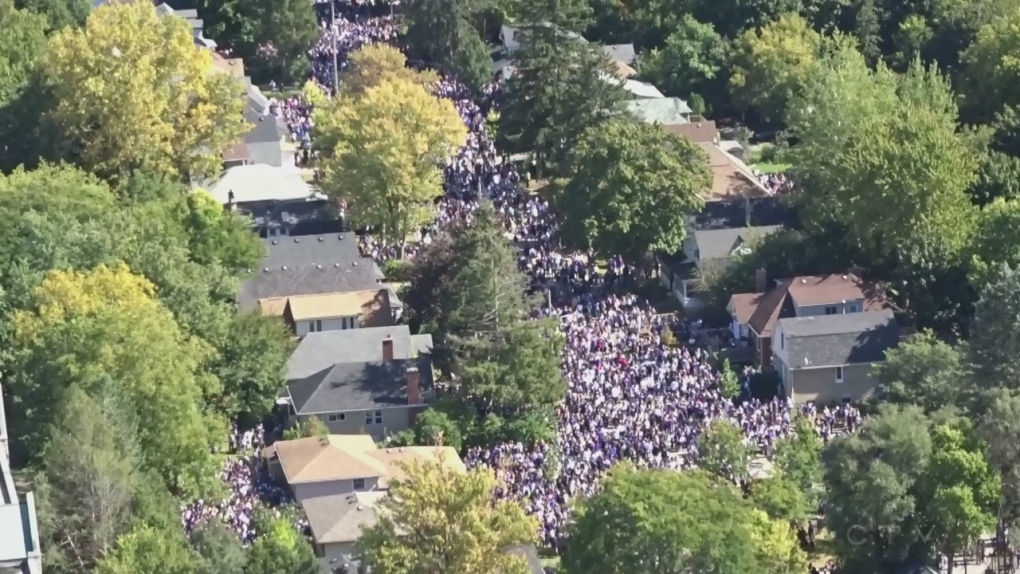 Eight people have been fined after police say large parties were held over the weekend in a neighbourhood near Western University.

The fines added up to more than $1,100 each and stem from the city bylaw related to nuisance parties.

Police say about 150 people were in the backyard of a house on Patricia Street on Saturday afternoon when officers arrived, with more attendees streaming in.

Two 20-year-old male tenants at the home were fined for holding a nuisance party.

About an hour later, police went to a home on John Street where they say upwards of 350 people were in attendance.

Six 19-year-old male tenants at the home were fined.

Earlier this month, four males were fined after a party on Broughdale Avenue drew hundreds of people.

Police are reminding people that anyone who sponsors, hosts, creates, or attends a nuisance party may be charged under this bylaw.

The charges may be issued to the owner, occupant, or tenant and could result in a maximum fine of up to $25,000. That amount was recently increased from $10,000 as part of efforts by the city to curb the popular FOCO or 'fake homecoming' parties around Western.