Monkton residents hope burned down landmark will be rebuilt

Monkton residents hope burned down landmark will be rebuilt 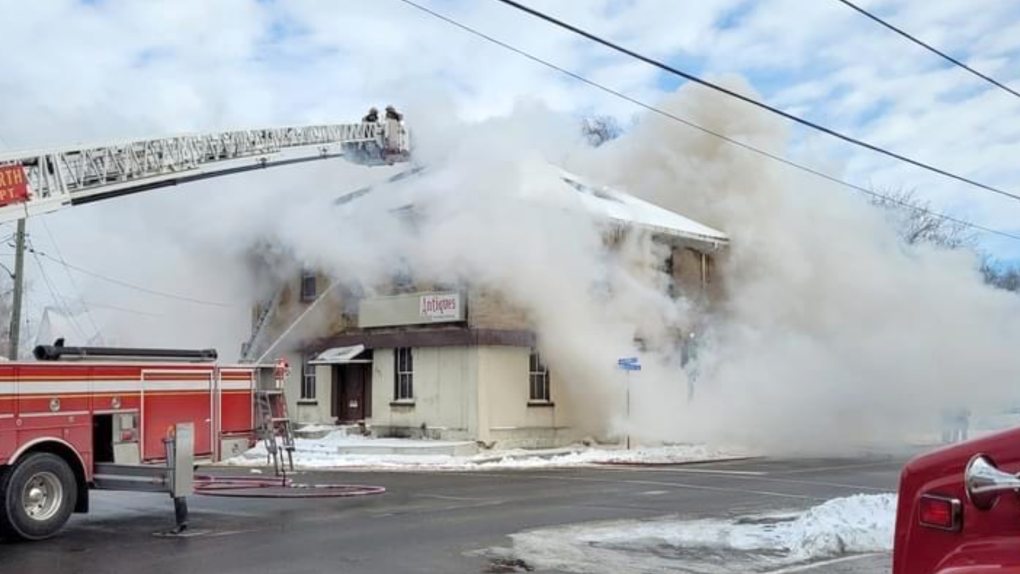 Cherie Smith could hardly believe her eyes as one of Monkton’s landmarks burned right in front of her.

“There was maybe 15 minutes of flames and then the backhoe was here bringing it down. It was really emotional,” said the Monkton resident.

Smith and Sandra Machan both grew up in Monkton and both worked at the former Red Maple Hotel and Dining Lounge in their 20s. Seeing it go up in flames, last Monday, was hard to believe.

“It was a large part of our community here in Monkton. It was a place to go, to hang out with friends. A place to go with family for a nice, decent meal. It’s one of the things you hope to never see happen, but it did,” said Machan, who still calls the Monkton area home.

It took over 30 firefighters from five Perth and Huron County stations several hours to bring the fire under control on Nov. 21.

Fire officials don’t know what started the blaze, in the now unoccupied building, that most recently housed an antiques store.

But what’s left behind is bringing back bittersweet memories for locals of what was once, the Red Maple Hotel, the heart of the community. 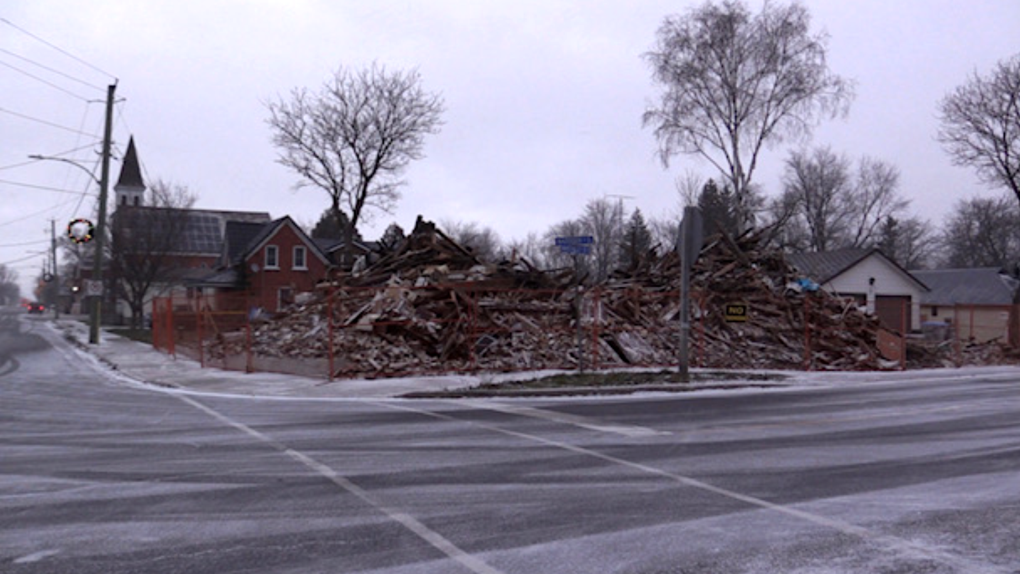 Remnants of Red Maple Hotel following a Nov. 21 fire. (Scott Miller/CTV News London)“Sandra’s dad was a regular. I can still see him sitting at the bar, watching the TV. Don’t touch his TV. It was the hub of the community, really,” said Smith.

While they don’t have any say on what happens to the private property, locals are hopeful something can be built to replace the iconic building.

If nothing else, they hope the mess left behind from November’s fire, can be cleaned up as quickly, as possible.

“It’s a devastating loss and to have to look out the window everyday and see it. It’d be nice if it got cleaned up so we didn’t have to see it,” Smith added.

“It would be nice if it could actually become another tavern, but I mean, time will tell,” said Machan.

A man has been arrested and two children are dead after a driver crashed a city bus into a daycare in Laval, Que. Wednesday morning. The deadly crash sent multiple children to area hospitals and parents scrambling to find their kids shortly after they dropped them off for the day at the Garderie éducative Sainte-Rose, north of Montreal.