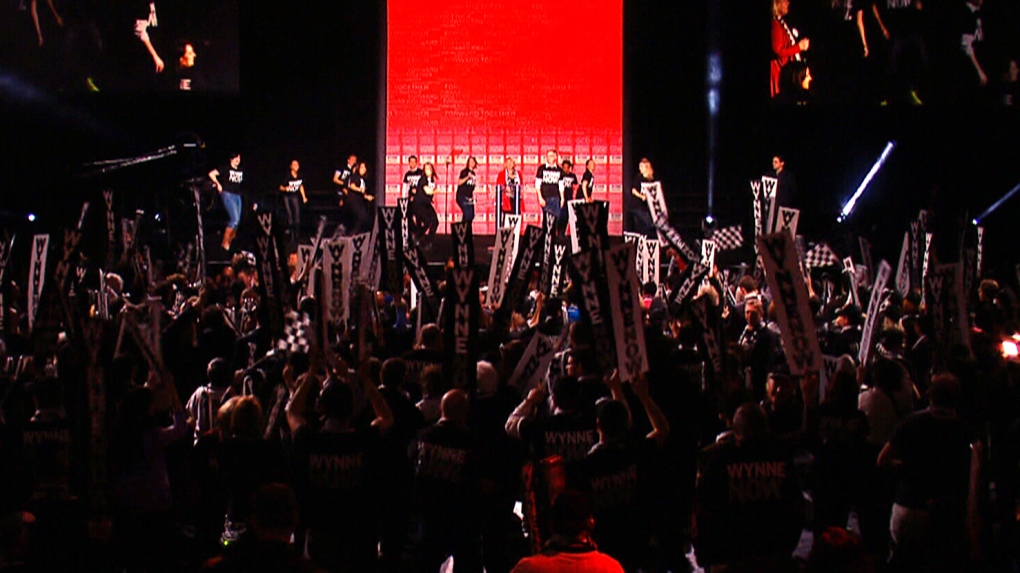 The person tasked with the "back-breaking" job of rebuilding Ontario's Liberal party will need both strong organizational skills and the ability to adapt to an increasingly unpredictable political landscape, according to experts preparing to watch the party's leadership race unfold.

The entry deadline for the Ontario Liberal leadership race -- set for Monday at 5 p.m. -- will move the campaign into a key phase ahead of a March 7 convention to select the new party leader.

But the drama of the contest can't hide the challenge awaiting the person who is ultimately successful -- rebuilding a party that once governed Ontario for 16 years and is now banished to the political wilderness.

"This is going to be tough and a lot of it is going to be that back-breaking work of going from church basement to literally someone's living room probably," said John Milloy, a former provincial Liberal cabinet minister who is now a Wilfrid Laurier University political science professor. "There's about five per cent glamour and 95 per cent hard work for whoever becomes leader."

The Ontario Liberal party suffered the worst defeat in its history in 2018, losing official party status and prompting former premier and leader Kathleen Wynne's resignation. The party also finds itself deeply in debt.

The Liberals took on $10 million debt to help fund their election campaign, reporting earlier this year that $9.3 million of that amount had yet to be paid off.

Milloy said the next leader will have to split his or her time between being on the road rebuilding riding associations while also ensuring fundraising is underway to eliminate the debt.

Politically, the new leader will also need to help the party establish a new identity and learn how to communicate with voters in a world where they are constantly bombarded with information, he said.

"On the policy side, how do we make ourselves different and offer that middle of the road voice Ontarians want?" he said. "Politically, how do we reach them? Everyone realizes the rules have changed."

Milloy said the leadership race, which kicked off in October, has failed to garner much attention so far. He hopes that will change now that the federal election is over.

"It's been hard for the candidates to get traction," he said. "We're living in a crazy world from Donald Trump to Brexit. It's hard to get heard these days."

Western University associate political science professor Cristine de Clercy said the race has already taken an unexpected turn even as it's played out away from the limelight.

"On paper, (the Liberals) are the party that normally would be best positioned to replace Mr. Ford's government," she said. "The Liberal leadership contest ought to be highly competitive. I thought we would see a large field of candidates."

De Clercy said the $100,000 entry fee and cut-off to sign up new party members set for Dec. 2 may have actually worked against the Liberals. The rules make it tough for political outsiders without financial means and deep party connections to compete, she said.

"The sheer amount of work that's required might be off-putting to some of the more established people who could have run," she said.

McMaster University political science professor Peter Graefe said the Liberal party will need to address substantive policy issues as the leadership campaign unfolds in the coming months. The new leader will need to become more than just another opposition critic of the government, he said.

"Ontarians will be looking for more than simply an alternative to Doug Ford," he said. "They'll want to hear what the Liberals stand for and it's not really clear."

Graefe said the Liberal brand remains strong in the province, pointing to the results of the recent federal election where the party dominated.

Interim Liberal leader John Fraser said the end of that campaign should now allow the provincial contest to gain traction with the public.

"Now you're seeing more policy come out and some differences between the candidates," he said. "It's a competitive race."