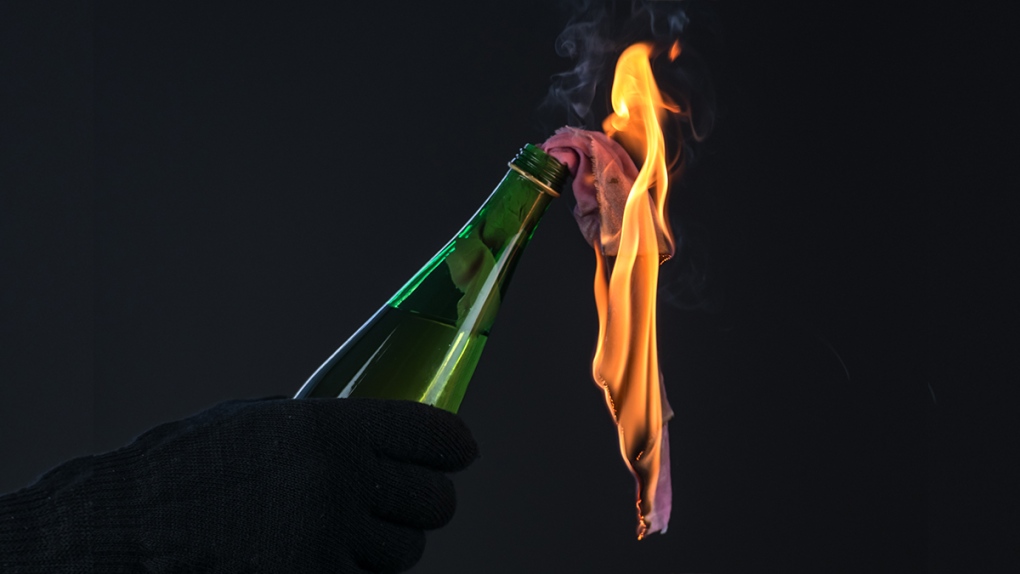 An example of an incendiary device, also known as a Molotov cocktail, is seen in this file image.

MIDDLESEX COUNTY, ONT. -- OPP are asking for public help after Molotov cocktails were reportedly thrown at a residence while the homeowner slept inside on Sunday.

Norfolk County OPP were called to a home on Church Street in Port Rowan, Ont. shortly after 3:15 a.m.

Const. Ed Sanchuk says the homeowner was awoken by loud bangs outside the residence and called police.

It appears incendiary devices, better known as Molotov cocktails, had been thrown at the home.

The house did briefly catch fire, but Sanchuk says it seemed to go out by itself.

Police are now looking for help to identify those involved, and anyone who saw someone or something suspicious is asked to let them know.

Anyone with information asked to contact police or Crime Stoppers.