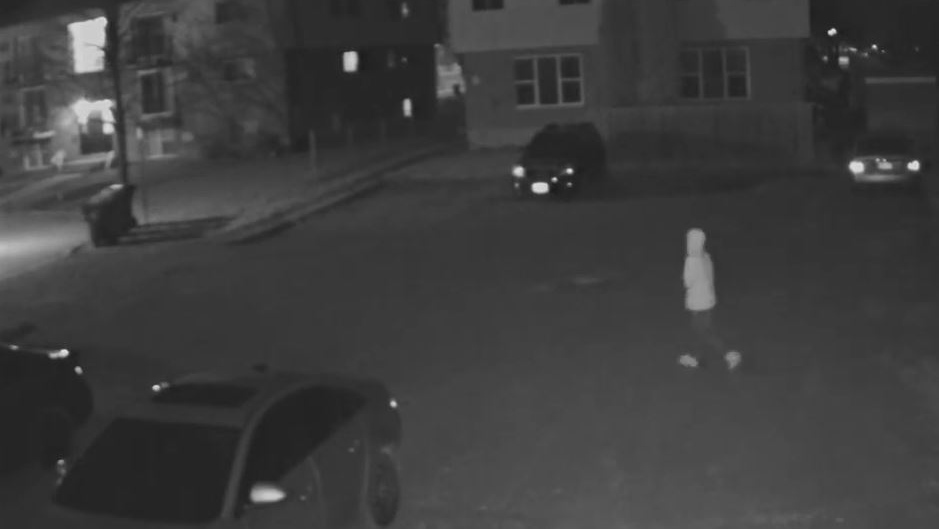 A person of interest in a Molotov cocktail incident in Chatham, Ont. on Jan. 16, 2020. (Supplied)

LONDON, ONT. -- Police in Chatham-Kent are searching for a suspect after someone threw a Molotov cocktail at a residence.

Police say it happened shortly after 6 a.m. at a home on Sarah Crescent.

Five people were inside at the time of the incident but no one was hurt.

Police say the front porch and kitchen window were damaged.

Surveillance video of a possible suspect was released by police. The person in question can be seen around the :35 second mark.