'You fall through that ice you are done': Warnings about large ice mounds on Lake Erie shoreline

PORT STANLEY, ONT. -- In a video filmed by Port Stanley, Ont. resident Katey Berzins, a lone man is seen venturing out on the unstable ice with the water and ice shifting around him.

"It was terrifying to watch," Berzins posted on Facebook.

The man was one of dozens who walked from the beach to the frozen drifts on Lake Erie since they formed on Feb. 5.

"It is all honeycomb and there is moving water underneath," says Chief Chris McDonough of the Central Elgin Fire Department.

"The movement of the water is wearing away at the ice. It looks built up because the air is cold, but underneath there is nothing to support it."

One of the major difficulties is determining where the beach ends, and where the ice mounds begin. 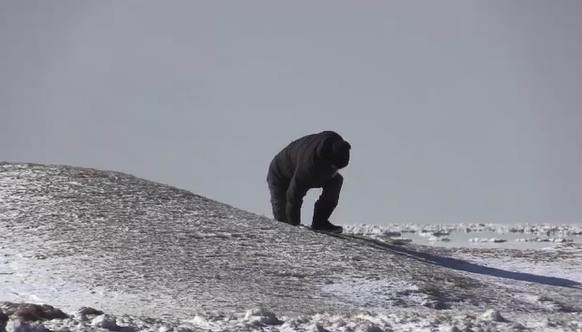 Along the shoreline 20 km east in Port Bruce, Ont., the frozen mounds are nearly as tall as the lighthouse on the pier.

While speaking with Malahide Fire Chief Brent Smith, we saw a man risk his life.

The man, who didn't wish to appear on camera, said it was 'dangerous' and actually fell through the ice up to his knee.

"He admitted to falling through but luckily he was able to get out," says Smith. "As he left he was one individual alone. If he fell through how would we know he's gone? How would we reference where he went down? And how long until someone notices he isn't where he is supposed to be?"

Smith says because cell phone reception in Port Bruce isn't great, he may never have been found.

'In this temperature and in these conditions is a not a rescue anymore, it’s a recovery, if we can find him," says Smith. 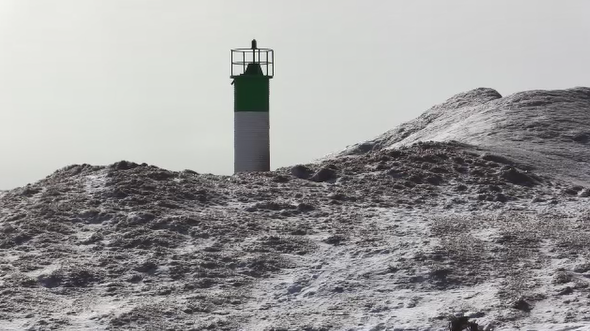 Port Bruce resident John Blankenship witnessed many people from 'out of town' exploring the large ice mounds on the weekend.

"You see people pull up with kids in the car, they open the door and the kids are on the mound, before the parents can even see what's going on," says Blankenship.

Early Monday morning while out for a walk, Blankenship says he saw a man walking at the top of the drifts with his hands in his pockets, unaware of the dangers.

"They don't know what can happen because over those cliffs it’s just sheer water or down to the ice. You fall through that ice, you are done."

He couldn't recall anyone dying recently under these circumstances, but says it eventually will happen.

"It’s just a matter of time before something drastic happens out here," says Blankenship.