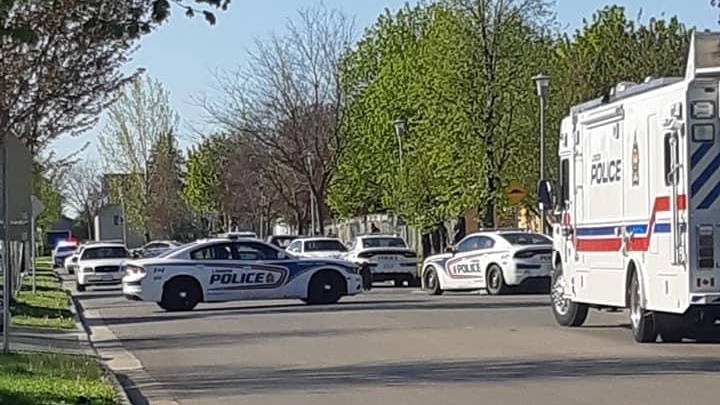 Police respond for a weapons call on Bonaventure Drive in London, Ont. on Wednesday, May 20, 2020. (Source: Michele Lupa)

MIDDLESEX COUNTY, ONT. -- A weapons investigation in east London, Ont. on Wednesday turned up nothing, but still left damage to police property.

There was a heavy police presence in the area of Bonaventure Drive and Moreau Crescent shortly after 5 p.m. following a call for a weapon.

Following an investigation, no weapons were found and no one was found to have been harmed or threatened by the reported weapon.

However, while responding to the call, two officers were involved in a collision. Both were taken to hospital as a precaution but there were no serious injuries.

Anyone with informaiton in connection with the incident is asked to contact London police or Crime Stoppers.