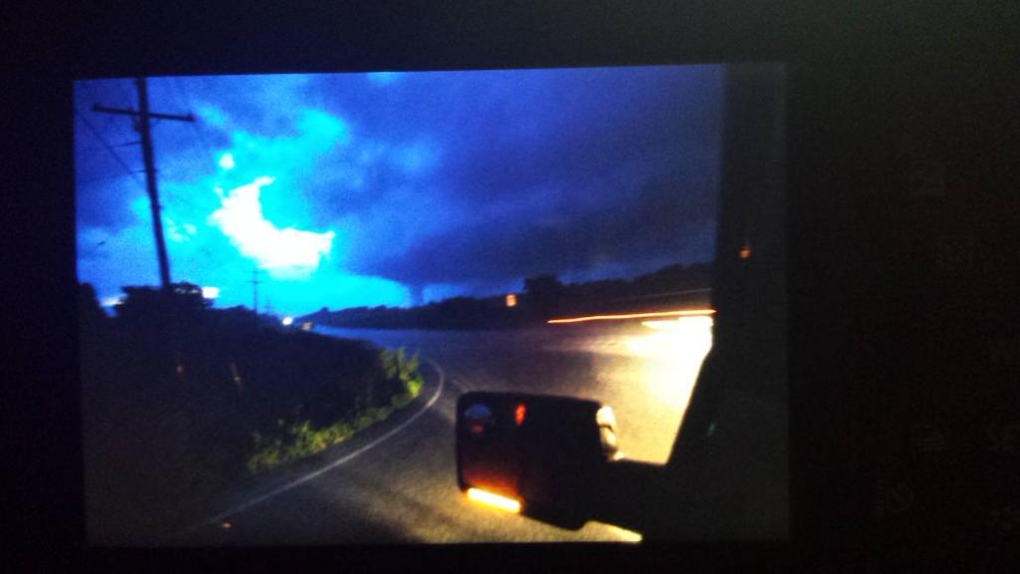 A possible tornado was seen near Goderich during stormy weather on Monday, June 22, 2015. (Dave Patrick / OntarioWeather.com)

Environment Canada has confirmed that the massive storm that hit the region on June 22 did produce a tornado.

The storm, which moved in from Lake Huron, prompted road closures in London due to heavy rain, with nearly 48 millimetres reported.

In both Port Elgin and Leamington, lightning caused some damage as well.

On Monday, Environment Canada said that it had confirmed a minor tornado in the area of Holmesville, southeast of Goderich.

Storm spotters had previously reported a possible tornado in the area at the time.

According to the agency, there was minor damage reported in the area, as well as evidence that objects “moved in different directions” and leaves splattered.

The tornado has been rated an EF-0, the lowest level on the scale.

It's Ontario's second tornado of 2015, following one near London on the last weekend of May.