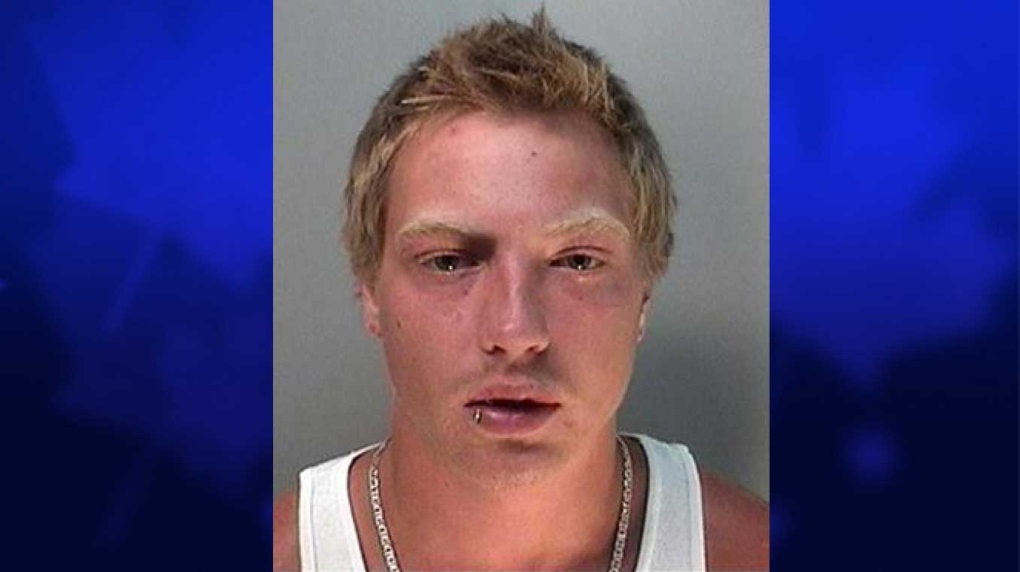 Lambton OPP have released this photo of Craig Powers, 23, of Enniskillen Township, who is wanted in connection with a break and enter.

Lambton OPP have released the photo of a man who is facing numerous charges in connection with a break and enter southeast of Sarnia on Sunday.

A warrant for Craig Powers of Enniskillen Township was issued after a break-in at an address in the 4500 block of Oil Springs Line.

The 23-year-old is described as about 5’8” tall, weighing 157 pounds with blue eyes and short blonde hair.

He is facing charges including: