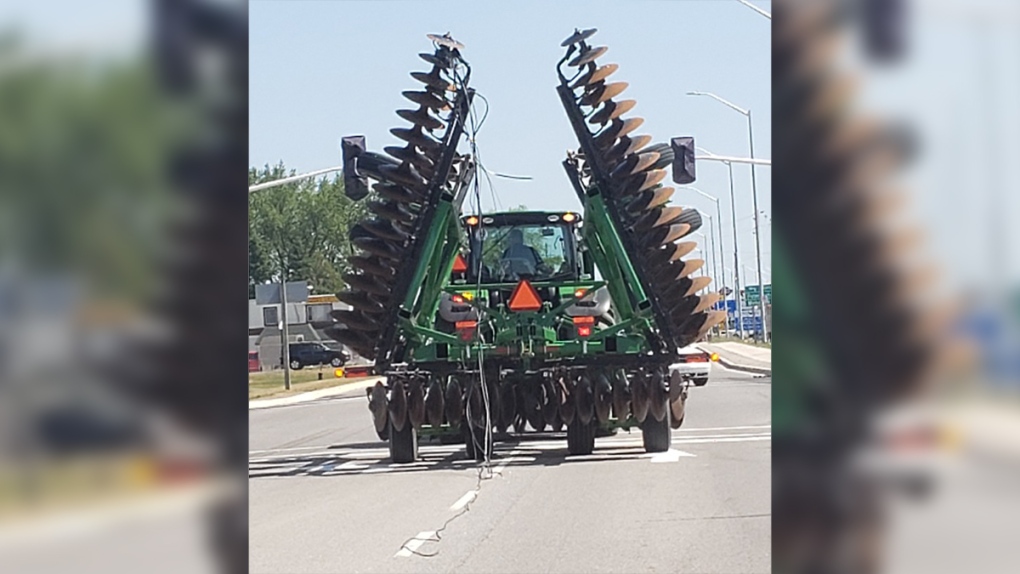 MIDDLESEX CENTRE, ONT. -- The driver of a tractor towing farm equipment has been charged after taking down hydro lines in North Perth late Monday morning.

Police, along with fire and hydro crews, were called to Perth Road 164/Highway 23 between Atwood and Listowel after farm equipment being towed by a tractor got caught on hydro lines.

The downed wires and transformer then started a grass fire.

The driver, a 60-year-old Owen Sound resident, has been charged with having an overheight vehicle.

No one was hurt in the incident, but police are reminding the public to stay away from downed hydro lines as electrical current flowing through the ground can be a hazard.