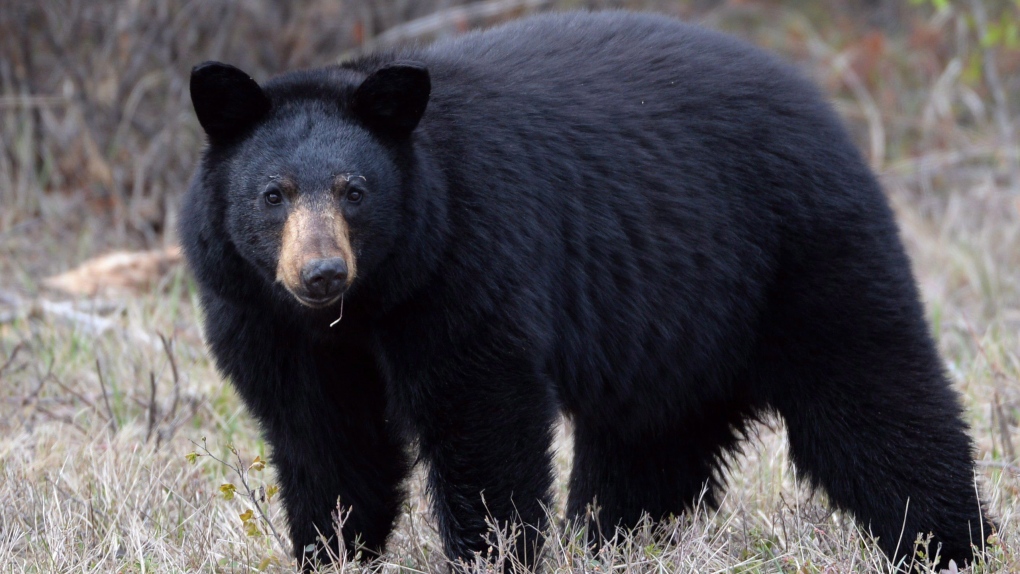 A black bear stands near the side of Highway 881 near Conklin, Alberta on Tuesday May 10, 2016. THE CANADIAN PRESS/Jonathan Hayward
Middlesex Centre, Ont. -

The London Police Service has issued an alert after a black bear was reportedly spotted in the north end of the city Monday morning.

The Ministry of Natural Resources has been notified of the sighting.

Area residents are reminded to be 'Bear Wise' and to remain calm and slowly back away if you encounter a bear. If it does not leave people are advised to wave their arms and make noise.

If the bear poses an immediate danger or acts in a threatening or aggressive way people are advised to call 911. If it is not an emergency there is also a 24-hour 'Bear Wise' reporting line at 1-866-514-2327.

This is not the first time a bear has ventured into the city.

In June 2020, a bear who was eventually dubbed 'London' climbed a tree in the Byron neighbourhood, prompting an hours-long standoff.

The bear was eventually tranquilized and taken in by a rehabilitation group to recover before being released back into the wild.