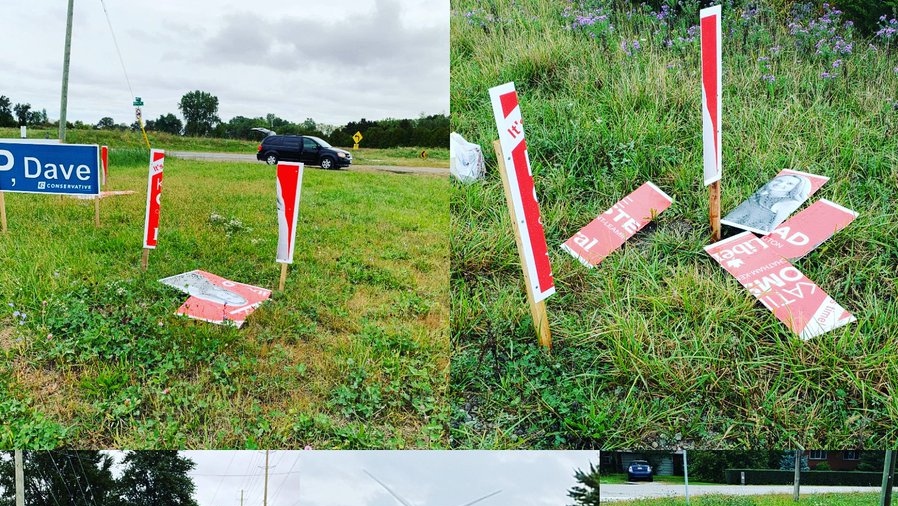 Listowel Ont. - With just over a week to go in the federal election, provincial police are reminding residents that it is a crime to damage candidate's signs.

This comes following a rash of signs being damaged in Listowel, as well as other communities in Southwestern Ontario.

Police say some signs have been deliberately damaged, removed and discarded.

Offenders can be charged under the Criminal Code with mischief and can face fines or even up to two years in prison.