LONDON, ONT. -- Nine months ahead of the 2021 Olympic Games, medal favourite Damian Warner is literally back on track.

"Time was running out to find a place to train," says Warner, the London, Ont. decathlete who won a bronze medal at the 2016 Summer Olympics.

With most facilities shuttered due to the pandemic, Warner and his team were finally able to secure one side of Farquharson Arena, which wasn't being used for hockey this winter.

That section of the 66-year-old rink was closed because dressing rooms didn’t meet COVID-19 protocols.

"I was introduced to Scott Stafford (managing director of parks and recreation) and that's how it got started," says Gar Leyshon, Warner's coach.

"It became a community effort. We don't have equipment, so Western Track and Field allowed us to use the high jump and pole vault equipment. WINMAR helped move things, Southside Group got 12 tons of sand for the long jump pit and got a forklift to help move things."

Leyshon says Athletics Canada brought in some Mondotrack from the 2015 Pan Am Games in Toronto, Ont. and his team and other London Western Track and Field Club athletes were in on the weekend gluing it down.

"All we have to do is pay a rental fee to the city, and they aren't gouging us," adds Leyshon. "The facility is well-lit and it's ours. The best part is we can come and train when it suits us." 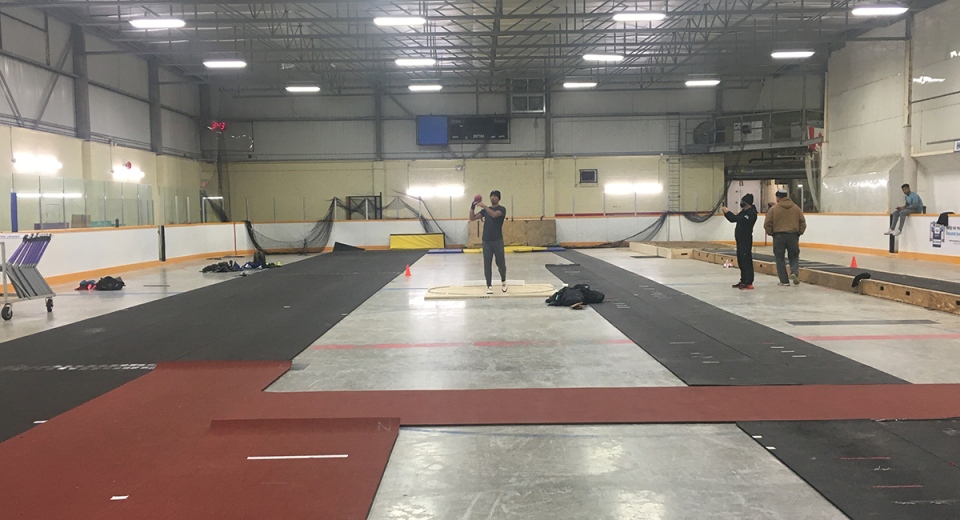 The training aspect will be a bit tricky for a decathlete because Warner won't be able to work on all 10 disciplines in the arena.

"We are a little restricted on spacing," says Warner. "It is only 55 metres long. So we are going to struggle to do the 100 metres, 400 metres and 1,500 metres. We can get creative to do some starts, and short speed endurance stuff, and then use pools and bikes to get ready for 1,500."

However the university facility track, which is surrounded by an ice rink is currently only open to students during the pandemic.

Leyshon feels this facility will actually be better than Thompson Arena for field events because it isn’t as cold or crowded.

For the past few months, Warner and his team had worked their schedule around some non-traditional workouts like basketball, tennis and volleyball.

But with nine months to go until the Tokyo Olympics it was time to begin getting ready.

Warner, along with other elite London track and field athletes, will be working out indoors at Farquharson for the next five months.

"It's been funny because when they lose what they have, and fight to get it back they realize how much they love it,' says Leyshon.

"It re-energized everyone, and having our own place and having to make and build it ourselves makes everyone appreciate it more than they did before, so everyone is excited again." 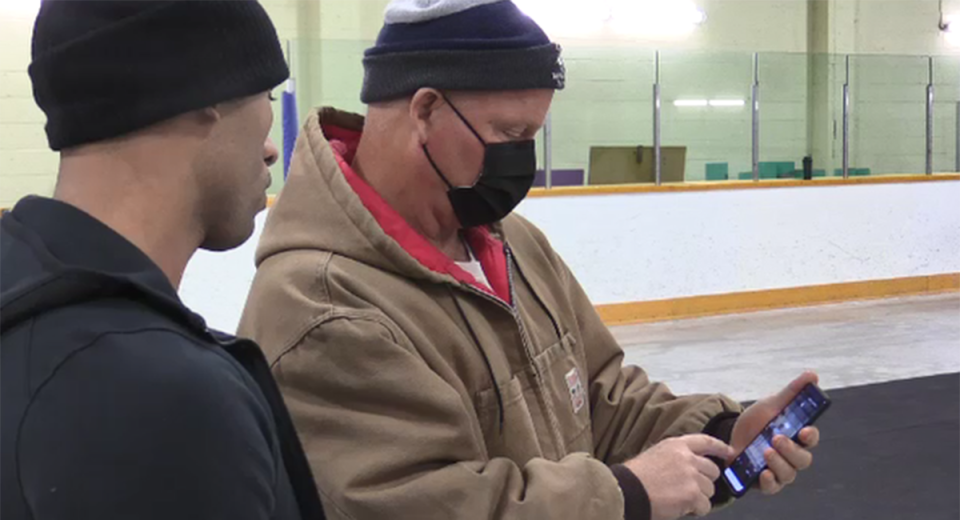 The 31-year-old Warner will begin to prepare for next year’s games, under the uncertainty of the pandemic.

"No one knows how long lockdowns will go on, when travelling will start, and what competitions will be happening this year," says Warner.

"We are all in the dark. We have this facility and we are going to train like we can. Knock on wood it's a short winter, and the sun will come out and we can train outside and get ready for the Olympics."

Leyshon is thrilled to remove the looming concern over a training facility, and now it's time to thank the community, and get to work.

"We were stuck, we solved the problem, and we did it ourselves," says Leyshon.