No injuries at fire on King Street early Friday morning 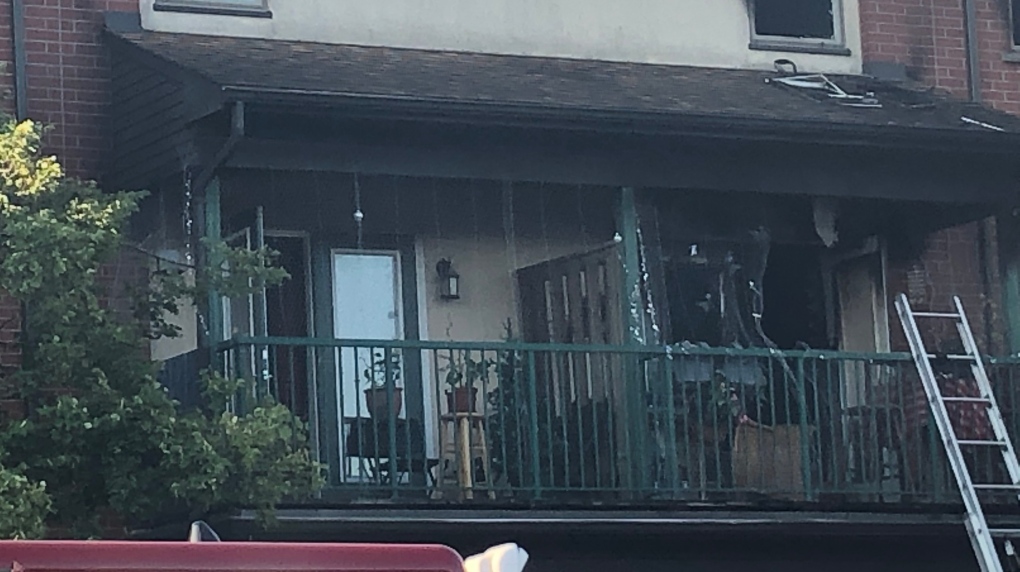 LONDON, ONT. -- The London Fire Department was on scene of an active incident early Friday morning.

Emergency crews worked to put out an apartment fire at 654 King St.

The fire has since been put out. It is too early to determine damage estimates.

After being closed to traffic since around 7 a.m., crews began clearing the scene on Marshall Street, at the back side of the affected building,  about an hour later.

- With files from CTV's Jim Knight

Active incident: crews on scene of an apartment fire at the 654 King St. Marshall St is closed to traffic. Working with partners @lpsmediaoffice @MLPS911 More to follow. #ldnont pic.twitter.com/MaLiZc5HY6