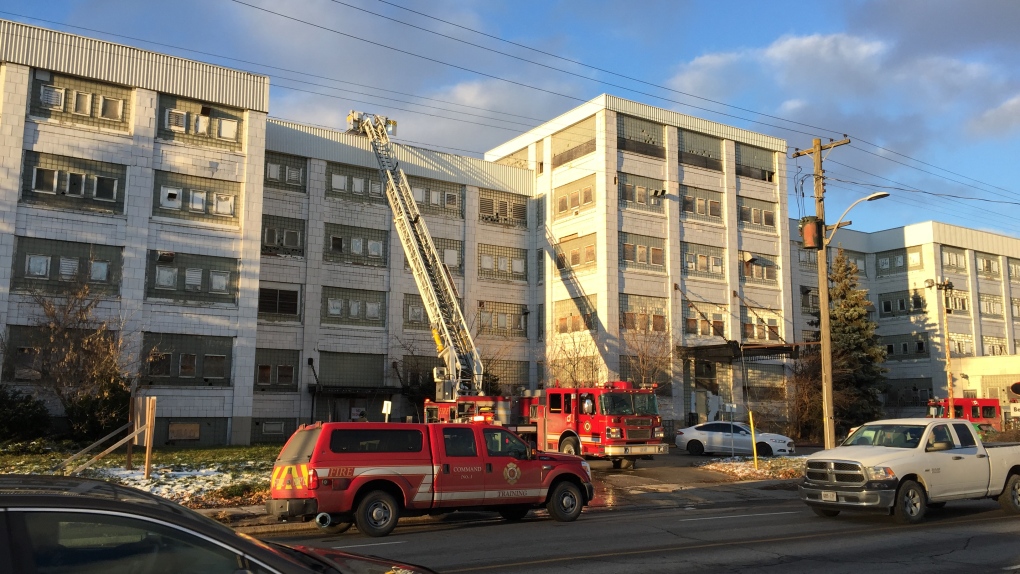 Fire crews work at the scene of a fire at the old McCormick/Beta Brands factory in east London, Ont. on Tuesday, Nov. 20, 2018. (Bryan Bicknell / CTV London)

London police and fire officials continue to investigate after a fire at the former McCormick/Beta Brands cookie factory on Tuesday.

While police have released the scene, the fire has been deemed suspicious.

Firefighters were called to the vacant factory on Dundas Street between McCormick Boulevard and Ashland Avenue around 3:30 p.m.

Officials say the fire was focused in a wooden rooftop-access structure.

No one was injured, but firefighters had to be very careful on the old the roof.