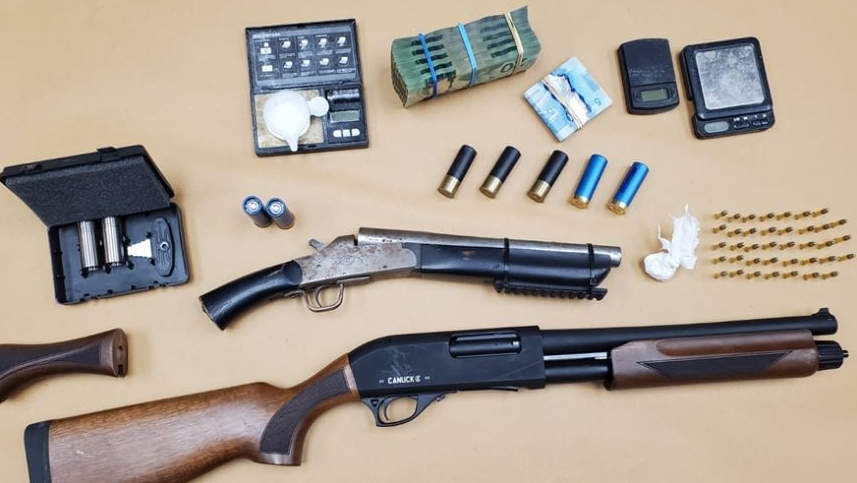 Items seized during a London police raid at a Wonderland Road S. residence on May 14, 2021. (Supplied)

Police raided a home in the 900-block of Wonderland Road South Friday and seized the following items:

A 19-year-old man and a 20-year-old man, both from London, are facing numerous weapons charges. The 20-year-old suspect is also facing a drug trafficking charge.

They will appear in court at a later date.