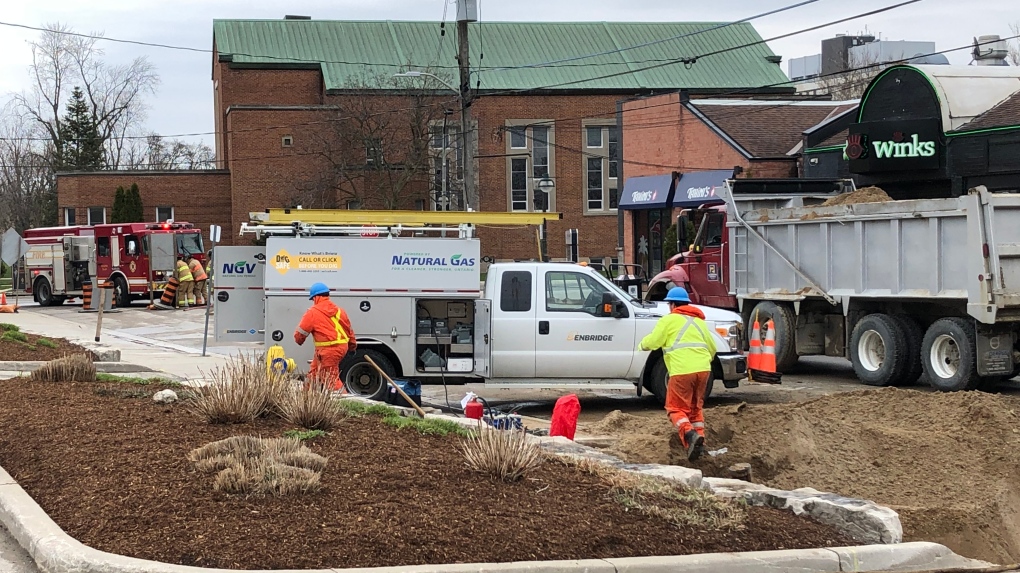 Workers were digging in the area of Albert and Richmond streets when the line was struck.

London police and London fire crews helped people leave the area and a London Transit Commission bus was brought in to provide shelter.

About 50 people were removed from the area, including those in a dental office and a group home.

Enbridge Gas was called in to repair the break, which took about an hour.

Afterwards everyone was able to return to the homes and businesses in the evacuated area.

PLEASE AVOID THE AREA - A gas main has been damaged on Albert Street near Richmond Street. @LdnOntFire is on scene with LPS and @UnionGas. Albert Street has been evacuated between Richmond and Talbot streets. @LTCLdnOnt has been asked to assist with the evacuation. #ldnont pic.twitter.com/9gvkC26P5P