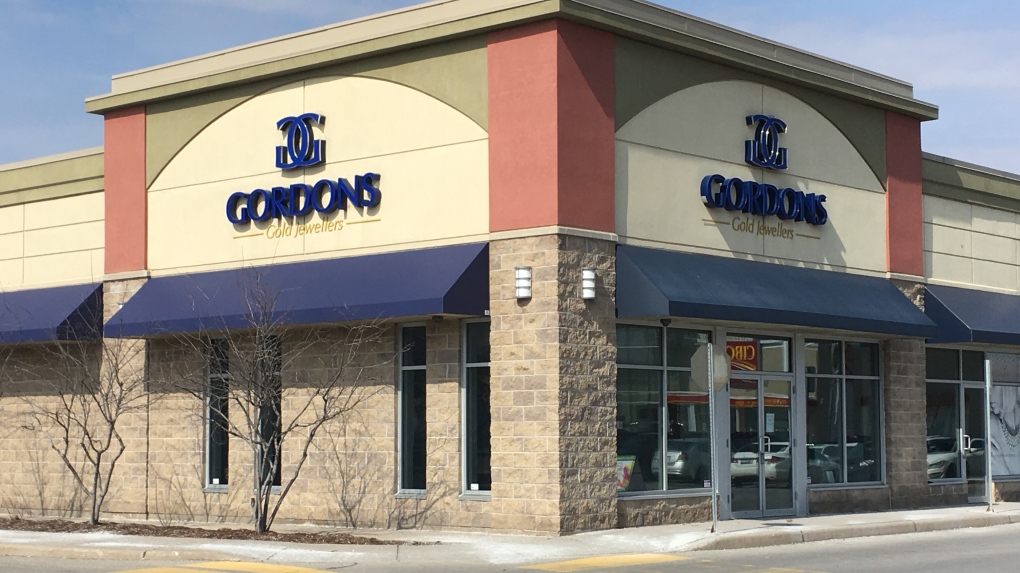 Four men have been arrested after a robbery at Gordons Gold Jewellers in London's west end.

Police say a car pulled up in the plaza on Hyde Park Road at Oxford Street West around 6:25 p.m. Tuesday and two men wearing ski masks entered the store.

Employees were reportedly ordered to get on the floor while display cases were smashed with a sledgehammer and a significant amount of jewelry taken.

Police say officers arrived within minutes and were able to follow a vechicle to a location on River Road on the Oneida Nation of the Thames.

OPP, Oneida police and Strathroy-Caradoc police assisted with the arrest of four men.

Police say the investigation continues and anyone with information is asked to contact them or Crime Stoppers.

In a post on Facebook, the store thanked customers for their concerns and said no one was injured in the incident.