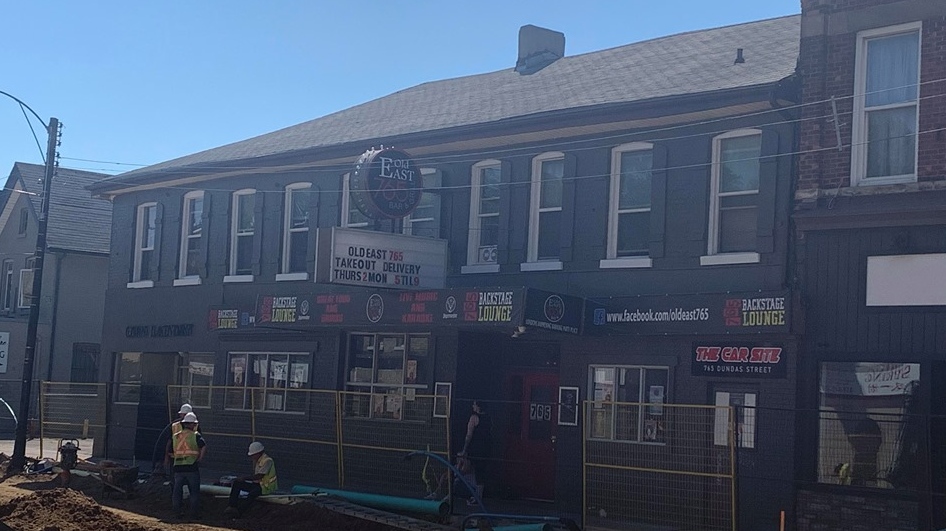 Old East 765 Bar and Grill is hosting a virtual show Wednesday night with over five hours of entertainment from seven different acts from the London area.

Beginning at 5 p.m., each act will play a 30-40 minute set from inside the venue with only a camera and sound person there. It will be streamed here with a cost of $4.99 for the entire show.

"This is a first time doing something like this and we wanted to make sure it was affordable for everyone," says Jim Ferreira, owner of Old East 765.

"There are so many people in this industry who have struggled, so $4.99 for a 5-hour concert, even if you don't watch the whole thing, you are doing so much for this industry and the entertainers."

Ferreira says his bar is not profiting from the concert, and the money will be going directly to the artists.

That news is music to the ears of London hip hop legend Casper Marcus. He has been a full-time musician for 20 years and the last few months have been difficult.

"It is a struggle, but I take what I can get, and I've been trying to roll with the punches, " says Marcus who has won multiple Forest City London Music Awards.

Marcus has been keeping in musical shape by performing virtually, and doing track battles with other artists.

Shelly Rastin, a country singer and songwriter from London is also among the eclectic mix of artists on the docket. She hasn't played live since January because of COVID-19.

"On Canada Day I would typically be playing in Harris Park, or trailer parks around the area," says Rastin, who will perform many of her hits including a track from one of her first albums which she says she hasn't played in a long-time.

"The feeling is scared, nervous, feel like young new performer again. Excited to play music with the band again and I don't care if it's in front of two, 2000, or 20,000 people."

Rastin says some of her fans will be going to the patio at the bar, and she can't wait to see them after the show.

CTV London reporter Bryan Bicknell is also one of the opening acts on the virtual show. The lead singer of the Bryan Bicknell Duo typically would play a few gigs a month on weekends, but has been shut down since March 13.

"This is a hobby for us, but I feel bad for the musicians who do this for a living," says Bicknell.

"It's nice that Old East 765 is putting this together and giving local bands a rare opportunity to perform in this type of environment, and Canada Day is a great time to do it."

Ferreira says COVID-19 has really hurt the music industry and his venue in particular. He tells CTV News that his place was on the verge of closure if he couldn't have opened by July 1, and that's why he wanted to celebrate Canada Day with this show.

Financially. Marcus says he's taken advantage of a few opportunities provided members of the London music scene with platforms and by selling merchandise.

On Wednesday he wanted to give back to Ferreria who has helped him along the way.

"I'm the only hip hop artist on the show, and this venue (765) is one of the only ones who support hip hop so I'm excited to support those who support you," says Marcus.

"These guys are going through hard time just like us, but they are trying to put best foot forward and we should do too."

He also wants everyone to follow the COVID-19 guidelines so this pandemic can end as soon as possible.

"We just have to respect distancing requests, stay alive and get this over with so we can get back to doing stage dives and big shows,” says Marcus.