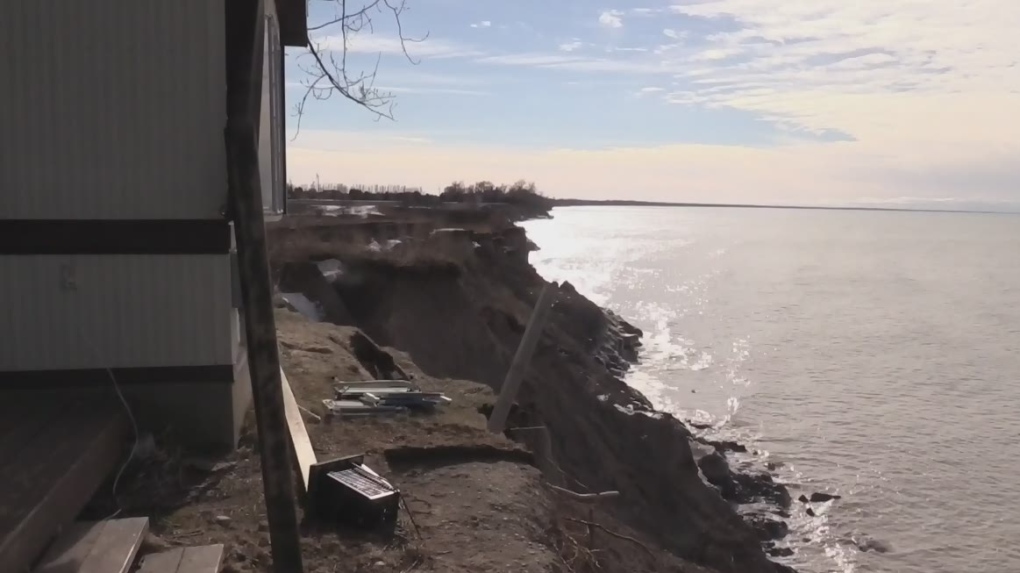 A trailer sits on the edge of a cliff after a bluff collapsed into Lake Huron near Grand Bend, Ont., Thursday, Feb. 6, 2020. (Scott Miller / CTV London)

LONDON, ONT. -- Maitland Valley Conservation Authority (MVCA) says some of its communities could experience flooding and erosion due to strong winds.

The Lake Huron shoreline in Goderich, Central Huron and the Township of Ashfield-Colborne-Wawanosh may have higher than normal waves through to Friday evening, says MVCA.

A low-pressure system will move across Lake Huron Thursday, bringing with it high winds. Maximum sustained wind speeds of 45 kilometres per hour, with gusts of up to 70 kilometres over Lake Huron are likely.

Due to the record-high water levels on the lake, this could result in higher than normal waves hitting the shoreline areas, the authority says.

There is also the potential for flooding of low-lying coastal areas and continued erosion of the lakeshore bluff is expected.

It is important to remember that there may be a delay between erosion at the bottom of the bluff and subsequent bluff failure, it says. Residents are asked to take caution.