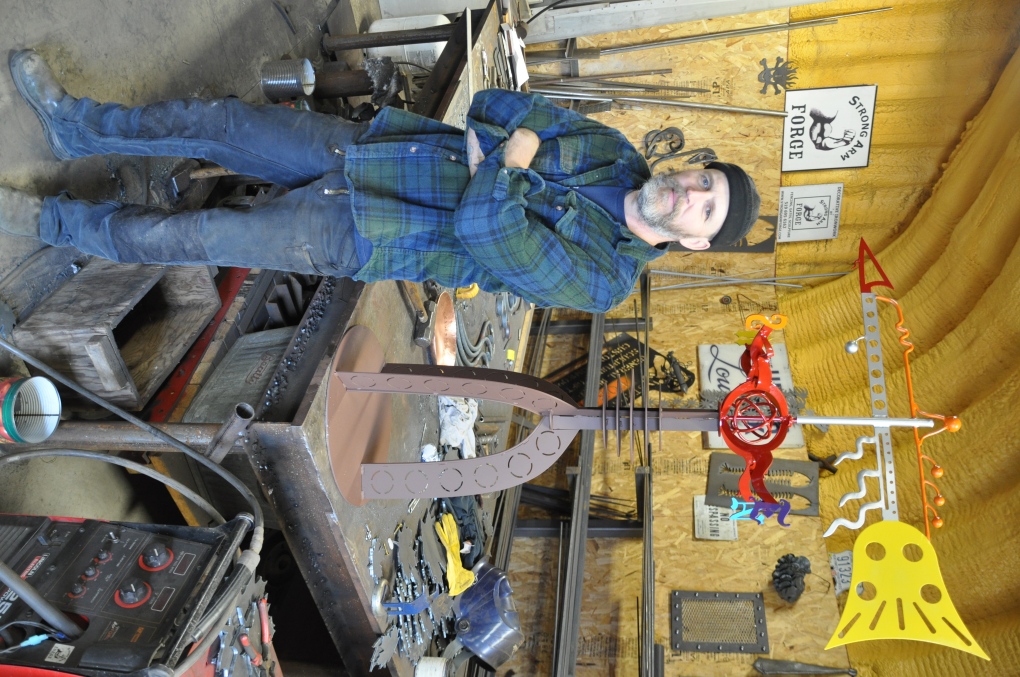 Artist Scott McKay is seen here with a scale model of one of the sculptures.

A donation of public art will enhance St. Thomas Elevated Park, due to open in late August.

The park will feature two major pieces of art, thanks to a donation and commission from a family whose roots go back five generations in the city.

Two metal sculptures will be created by artist and blacksmith Scott McKay, whose studio is in Lawrence Station. The works are being donated to the Elevated Park project by Scott’s father, Ian, whose ancestors became prominent in the area as merchants, lawyers and publishers beginning in the mid 1800s.

The largest of the sculptures is Fear Not the Wind, which will be displayed 20 feet above the centre of the park.

The second sculpture is Mixed Signals and it will be 15 feet high and is expected to be installed at the King Street approach to the bridge park.

Final fundraising for phase one of the St. Thomas Elevated Park began four weeks ago. Construction is scheduled to begin in late April with the official opening day scheduled for Sunday, Aug. 27.