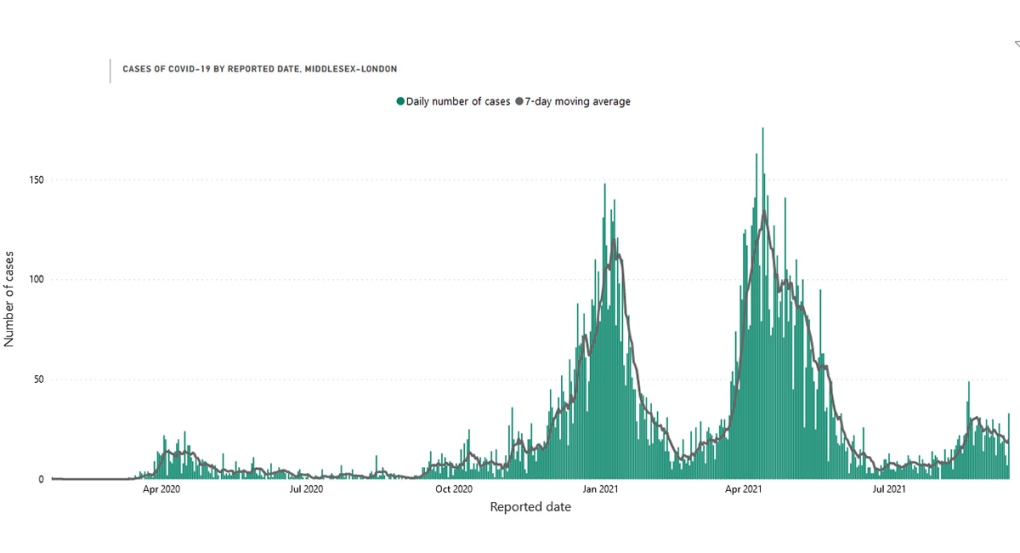 This graph from the Middlesex-London Health Unit shows COVID-19 cases by reported date and the seven-day average as of Wednesday, Sept. 15, 2021.
Middlesex Centre, Ont. -

Wednesday's total is a steep jump from Tuesday, when just seven new cases were reported. It is the highest daily total since a spike that saw 49 cases reported Aug. 21.

For the week ending Sept. 11, Middlesex-London has a per cent positivity rate of 2.2 per cent, just below the province at 3.4 per cent.

Of the cases reported over the last six weeks, 83 per cent are among the unvaccinated or partially vaccinated. The same group accounts for more than 96 per cent of hospitalizations and nearly 67 per cent of deaths.

There are no outbreaks at London-area schools, though 13 cases have been confirmed at eight schools according to the MLHU.

All schools remain open and close contacts have been contacted or are in the process of being contacted.