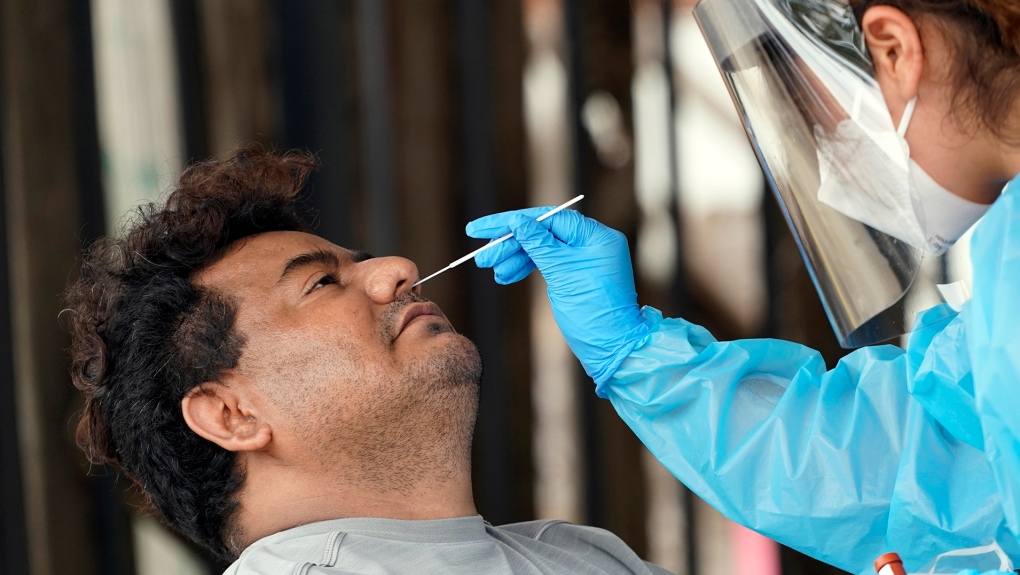 As their reporting system is being updated, no other details on numbers are available, and MLHU Medical Officer of Health Dr. Chris Mackie says even that information may not be completely accurate.

"We are unsure of the case count today, 17 may be slightly higher or slightly lower than the actual case count. As the provincial system is fully implemented we should know more…to be able to confirm that number."

Mackie says the decline in daily case counts is "tenuous" and it would take little to see the case count increase again.

"If we make mistakes now, if we take our attention away from the public health measures and precautions that have gotten us this far we will see case counts spike again."

He added that the new COVID-19 variant poses a risk, even as students headed back to in-class learning on Monday.

On a positive note, the health unit says second doses of the COVID-19 vaccine are being administered now in area long-term care and retirement homes.

As of Monday, the London Health Sciences Centre (LHSC) is reporting 20 inpatients – eight in Critical Care – and 14 staff who are positive for COVID-19.

On Friday, the hospital began taking in critically ill COVID-19 patients from overwhelmed Toronto-area hospitals, and while four were expected, the officials say only one has arrived.

There is also one ongoing outbreak at the hospital in the Adult Emergency Department, affecting 10 staff but no patients.

An outbreak at the Elgin Middlesex Detention Centre is also worsening. Since the outbreak was declared two weeks ago, the number of cases has grown to 42 – 25 staff and 17 inmates.

At the Caressant Care Retirement Home in Woodstock, there are now a total of 38 resident and nine staff cases, but no deaths.

Meanwhile large outbreaks at Maple Manor Nursing Home in Tillsonburg, and PeopleCare Tavistock appear to have been brought under control. There have been a combined 220 cases and 29 deaths at the two seniors' facilities.

Lambton Public Health is also dealing with a number of outbreaks, the largest at Vision Rest Home in Sarnia, where there are 32 resident and 14 staff cases and there have been two deaths.

At Village on the St. Clair in Sarnia, 28 residents and 14 staff are affected and there have been three deaths.

Across Ontario, 1,969 new infections were reported, as well as 36 more deaths.

NOTICE: There will not be an update to #MLHU’s COVID-19 information dashboard on Monday because of a scheduled service outage of the provincial case and contact management system (Salesforce) from Sunday, January 31 at 3PM until Monday, February 1 at 8:30AM. #LdnOnt #Middlesex /1

With pandemic worsening, Portugal reports nearly half of its COVID-19 deaths in January