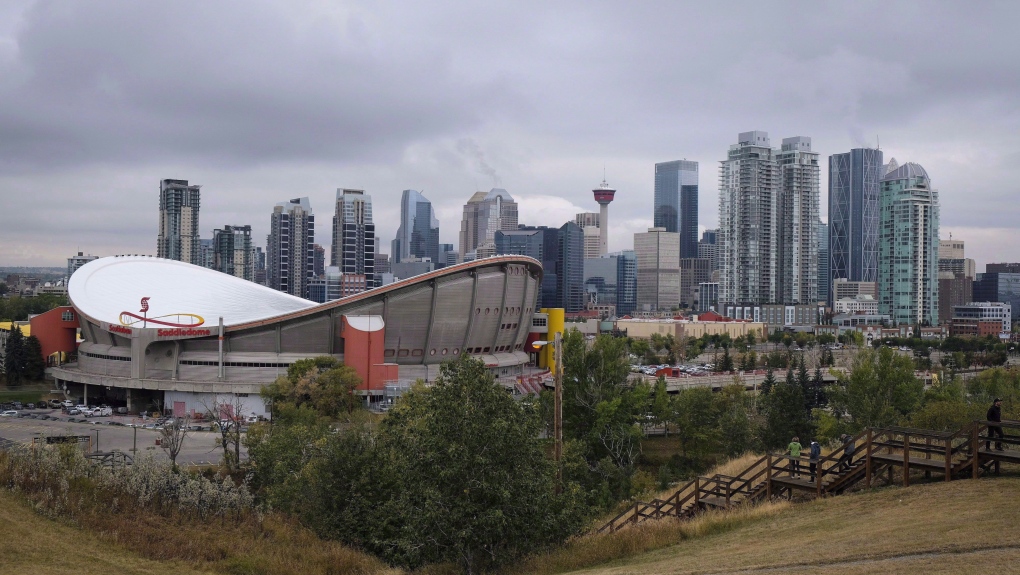 The Calgary skyline is seen on Friday, Sept. 15, 2017. THE CANADIAN PRESS/Jeff McIntosh

LONDON, ONT -- For the family and friends of two missing teen girls from Tillsonburg, Ont. it was likely a shock to learn the pair had been found thousands of kilometres away in Calgary.

Ontario Provincial Police have issued a warning about the dangers of meeting people online after the girls trekked across country to meet someone they had met online.

Police were called Tuesday when the parents of both teens realized their children had left Ontario.

Police then determined that the pair had met an individual online a couple days earlier and made the decision to travel across the country to meet them.

The OPP worked with the Calgary Police Service to locate the youths.

According to Calgary police the two 17-year-olds managed to take a flight from Ontario to Calgary. Police are not commenting on which airports they used or their activities while in the city.

They were located at an address in an undisclosed neighbourhood.

They are now in the process of returning to Ontario.

The OPP is asking parents and caregivers to sit down with their children and have a conversation about online and offline safety, and the dangers of meeting strangers online.

No charges have been reported in this case, but police are continuing to investigate the situation.

We were happy to assist the OPP West Region to locate the missing teens. The two girls are now safe and their families are making arrangements to get them back home to Ontario. #yyc https://t.co/MnIQn28YQk