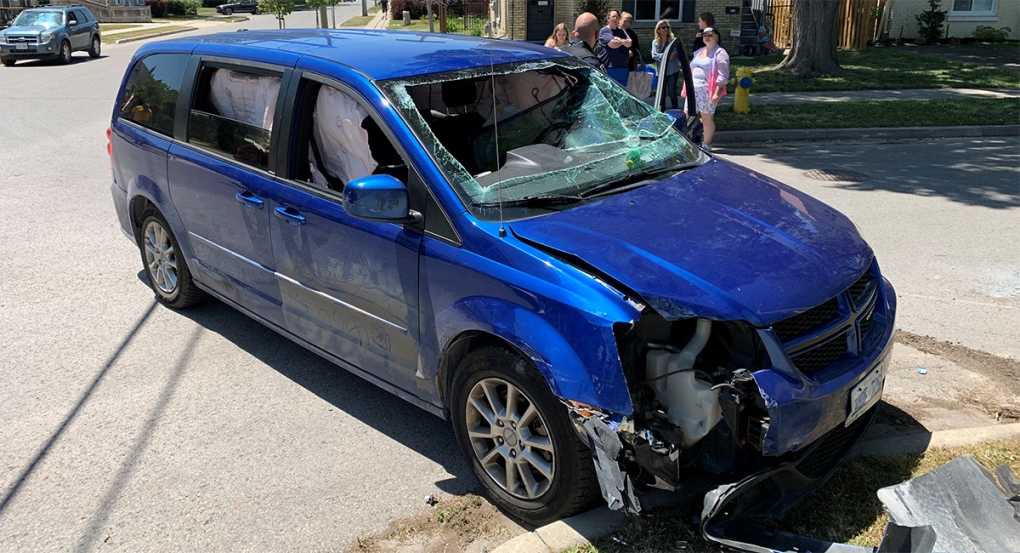 A damaged minivan is seen after a rollover crash in east London, Ont. on Thursday, June 17, 2021. (Bryan Bicknell / CTV News)

Emergency crews were called to Marmora Street at Nelson Street shortly after 1 p.m. where they had to remove the driver of a minivan through the windshield.

Family members of the driver who arrived at the scene after the crash say she was the only one in the vehicle at the time.

The minivan was travelling east on Nelson when the driver apparently lost control while attempting to turn left onto Marmora.